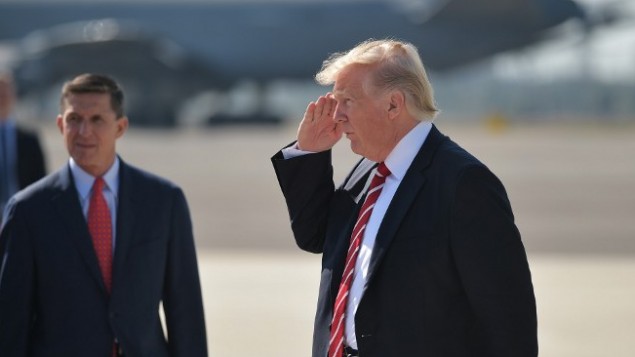 Various committees in the Republican-controlled Congress are looking into Russia's election-related hacking and the Trump campaign's links to Moscow. PHOTO: AFP
WASHINGTON DC:

The White House battled on Tuesday to insulate Donald Trump from a scandal over his top aide's contacts with Russia, as it emerged that the president was aware of the problem for weeks before acting.

With calls for an independent investigation gathering pace, the White House admitted that Trump was told three weeks ago that national security advisor Michael Flynn may have misled colleagues about his Kremlin contacts.

The retired three-star general and former head of US defense intelligence initially denied discussing sanctions strategy with Russia's ambassador Sergey Kislyak before taking office. That may have breached US law on negotiating with foreign powers, and at minimum was a significant break with the norm that incoming administrations accept the US has "one government at a time."

Flynn was asked to resign on Monday, after what the White House said were weeks of internal investigation that turned up no evidence of wrongdoing but "eroded" trust.

Law enforcement and intelligence agents intercepted calls and obtained phone records showing that members of Trump's 2016 presidential campaign and other aides had repeated contacts with top Russian intelligence officials in the year that preceded the November 8 presidential election, The New York Times reported.

After finding evidence that Russia was seeking to disrupt the election, US intelligence agencies tried to determine whether the Trump campaign was cooperating with Moscow on hacking and other related efforts, according to the Times. However, the newspaper said, the current and former US officials it cited have not yet found evidence of such collusion.

Paul Manafort, a former Trump advisor who was among those campaign officials picked up on the calls, dismissed the claims as "absurd" in an interview with the Times.

The White House had painted Trump's final decision as based on Flynn having misled Vice President Mike Pence. But it emerged on Tuesday that Trump kept his deputy, who publicly defended Flynn and repeated his claims, in the dark for two weeks. Spokesperson Marc Lotter said Pence only became aware of the issue on Thursday, in media reports.

Trump knew for weeks that aide was being misleading over Russia

Flynn is the third Trump aide to step back amid questions about his ties to Russia since the mogul began his improbable White House bid. His departure follows those of Manafort and Carter Page, an early foreign policy advisor to the candidate.

The unprecedented early resignation of a key member of staff has rocked an administration already buffeted by leaks, infighting and legal defeats. Amid the tumult, the White House denied that Trump had instructed Flynn to discuss the possibility that Obama-era sanctions would be rolled back. "No, absolutely not. No, no, no," said White House spokesperson Sean Spicer, when asked whether such a conversation took place.

When first informed, on January 26, that Flynn may have made misleading statements about his talks with Russia's envoy, Spicer said the president "instinctively thought that General Flynn did not do anything wrong."

"The White House counsel's review corroborated that," Spicer said, and "determined that there is not an illegal issue, but rather a trust issue."

"The evolving and eroding level of trust as a result of this situation and a series of other questionable instances is what led the president to ask for General Flynn's resignation."


The White House also insisted that Trump - despite repeatedly professing admiration for Vladimir Putin and suggesting sanctions could be lifted - "has been incredibly tough on Russia." In a new hardening of the US line on Russia, Spicer added that "President Trump has made it very clear he expects the Russian government to de-escalate violence in the Ukraine and return Crimea."

The State Department, meanwhile, expressed concern that Russia is in breach of the Intermediate-Range Nuclear Forces Treaty, after reports that Moscow had deployed an operational ground-launched cruise missile unit.

The White House's efforts are likely to do little to assuage concerns on Capitol Hill about Russia's influence in US politics.

Republicans and Democrats in Congress have now called for an investigation into what occurred, although they differ sharply on the scope and powers.

"This is not normal." said Democratic Senator Elizabeth Warren, insisting "Trump owes Americans a full account" of his administration's dealings with Moscow before and after the 2016 election.

The US Senate's top Republican Mitch McConnell said it was "highly likely" that Flynn would have to testify before an intelligence panel, potentially heaping pressure on Trump.

The New York Times also reported that the FBI had interviewed Flynn on his calls with the Russian diplomat days into his job. The CIA, FBI and other intelligence agencies have already investigated Moscow's influence over the 2016 vote, concluding the Kremlin tried to sway it in Trump's favor.

Various committees in the Republican-controlled Congress are looking into Russia's election-related hacking and the Trump campaign's links to Moscow.

Spicer said Trump hoped to make the new appointment by the end of the week. 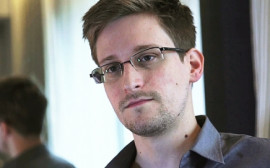 Russia may hand over Snowden to Trump: report 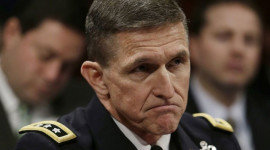 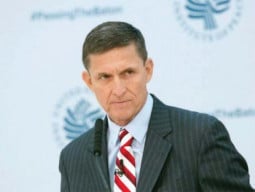