The MQM chief is wanted in severa­l cases, includ­ing those relati­ng to terror­ism
By News Desk
Published: February 7, 2017
Tweet Email 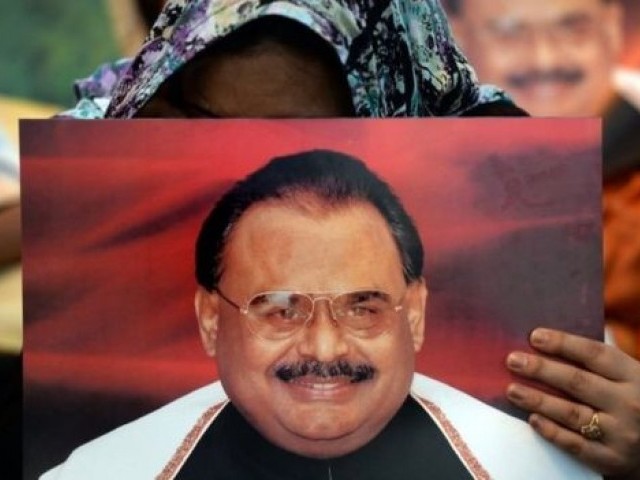 The Ministry of Interior approved on Tuesday the request of the Federal Investigation Agency (FIA) to approach Interpol for the arrest of Muttahida Qaumi Movement (MQM) founder Altaf Hussain.

According to a statement, the MQM chief is wanted in several cases, including those relating to terrorism.

Earlier, an anti-terrorism court while hearing a case had sought to make Altaf’s presence mandatory.

In January and May last year, ATC Karachi issued non-bailable arrest warrants for Altaf and 20 other senior party leaders for delivering and facilitating anti-Pakistan speeches, as well as issuing disparaging remarks against Pakistan Army.

Meanwhile, in October 2016, the Scotland Yard had cleared Altaf in the money laundering case, citing “absence of adequate evidence”.

It was in December 2012 that the Met police first conducted a raid at MQM’s London office followed by another raid in June 2013 at Altaf’s residence. According to the BBC, the police recovered 400,000 pounds from his house.

The MQM chief was arrested in the case on June 3, 2014 by the MET police; however, he was released hours later. Since then, his bail had been extended five times. Later, he was exempted from police station visits.