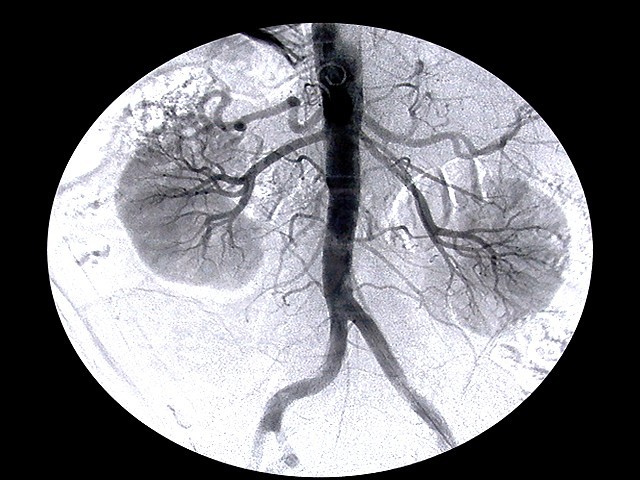 Across hospitals and medical institutes in Lahore, patients, doctors and hospital staff gathered to observe World Kidney Day. The slogan for this year’s campaign was Protect Your Kidneys and Save Your Heart.

At Shaikh Zayed Hospital’s National Institute of Kidney Diseases, a free medical camp, a march and seminar were held to raise awareness of the important link between chronic Kidney disease and cardiovascular disease.

“When we talk about 10,000 people with kidney diseases, we are talking about the tip of an iceberg,” said Dr Aizazmand, head of the Nephrology Department, at the seminar held at the Institute. “Every third person around the age of 25 has high blood pressure while two out of every 10 people in the country have sugar related issues.”

Dr Aizazmand said that if any relative of a person had diabetes there was 25 per cent chance he would develop the condition. He said there needed to be more education around the topic.

Dr Aizazmand said, “In households, we have budgets for things like televisions or radios but we never set aside a budget for health.”

Professor ZafarIqbal told the audience that prevention was better than any cure. He said that it was important to spread awareness in families about sugar levels and heart related diseases.

Iqbal said that urine tests were important as they monitored the stress on kidneys. He said the cost of lab tests currently ranged from Rs300 to Rs600.

He said that diabetes and contracting blood vessels caused patients pain. He said that it was important that patients take steps for treatment whenever high sugar levels and artery blockages were discovered.

Cardiologist Dr Amber Malik said a majority of kidney patients died from heart attacks. She said it was imperative that people maintain a healthy life style. She said blood pressure could be cured through proper medicines.

“You have to control heart disease by bringing sugar and blood pressure levels down to normal numbers,” said Dr Malik.

Dr Waqar Ahmed explained that all dialysis machines were the same, it was the skill and quality of the technician that ultimately mattered. Professor of Urology Dr Usman added that there were many misconceptions regarding dialysis due to the cost and lack of education regarding the procedure. He added that the donor for a kidney transplant operation also needed to be in good health. He said for a donor major complications could occur down the line especially if he had a weak heart or diabetes.  The panel emphasised the necessity of a normal and balanced diet for good health. The doctors explained that it was necessary that people have a regular check-up to monitor heart and kidney functions.

Around 300 people participated in the march to create awareness about potential diseases. While the medical camp conducted by Shaikh Zayed Hospital medical director Tanvir Jaffery included kidney, diabetes and other physical exams free of cost.