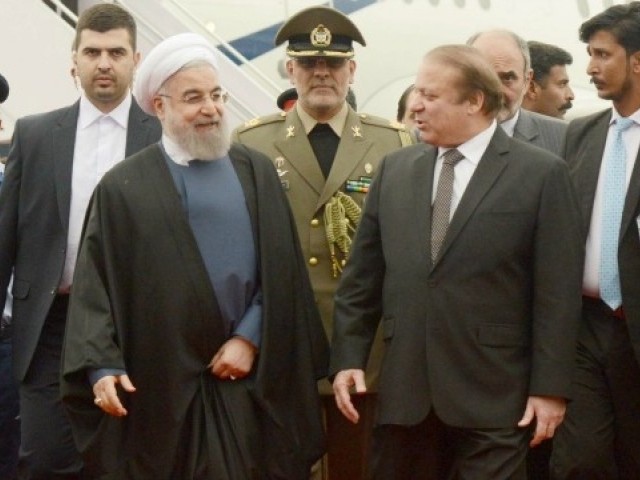 ISLAMABAD: The world, particularly Asia, has been undergoing a great transformation in recent years with the emergence of new alliances. Last month, Pakistan, Russia and China’s unprecedented trilateral meeting in Moscow on Afghanistan made headlines.

Now, Iran has expressed its willingness to join hands with Pakistan, China and Russia seeking a greater role for regional peace and stability particularly in Afghanistan.

Alaeddin Boroujerdi, the head of Iran Parliament’s committee on national security and foreign policy, who was on a three-day visit to Islamabad, hinted at a news conference here on Friday the formation of four-nation alliance against the backdrop of regional and international developments.

Given the changing situation, Pakistan, Russia, China and Iran should cooperate with each other for regional peace and stability, he added.

There were reports that Pakistan, China and Russia might invite Iran to join their discussions seeking a political solution to the long running unrest in Afghanistan.

When asked to comment on Pakistan’s stance seeking Afghan-led and Afghan-owned peace process, the senior Iranian politician while emphasising the need for ‘intra-Afghan dialogue’ insisted that no one should impose decision from outside.

He acknowledged both Pakistan and Iran could play an important role in helping Afghanistan dealing with the problem of militancy.

When asked whether Iran would join Saudi-led coalition formed last year to fight terrorism, Boroujerdi claimed the Saudi initiative was only meant to kill innocent people in Yemen. “Therefore, no one would like to be part of such a coalition,” he said

To another question about the arrest of Indian RAW agent Kulbhushan Yadav, the Iranian leader said the intelligence agencies of the two countries were in contact with each other over the issue. However, he added that Iran had not yet shared with Pakistan its investigations about the controversy.

Declaring Iran’s Chahbaha port and Pakistan’s Gwadar as sister ports, Boroujerdi pointed out that Iran was willing to join the China-Pakistan Economic Corridor (CPEC) as according to him that this would benefit Islamabad and Tehran.