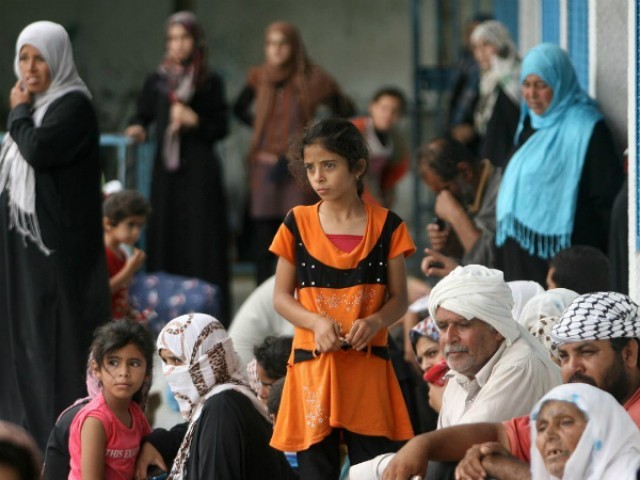 In the State of Palestine, women, men and children find refuge in a school shelter run by the United Nations Relief and Works Agency for Palestine Refugees in the Near East (UNRWA) in the town of Rafah in southern Gaza. PHOTO: UNICEF

WASHINGTON: The US State Department is reviewing a decision made in the final hours of former president Barack Obama’s administration to release $220 million to help Palestinians rebuild the war-scarred Gaza strip.

Officials said some of the money has already been transferred but that President Donald Trump’s new administration would investigate last minute spending decisions to see if they can be adjusted. “In a final act, then-secretary of state John Kerry instructed USAID to release $220.3 million for Gaza recovery programs,” acting State Department spokesperson Mark Toner said.

“The Department of State is currently reviewing last minute spending approved by the previous administration and will make adjustments if needed to ensure that it aligns with the priorities of the Trump-Pence administration.” While a close ally of Israel, the United States is also a major donor to international efforts to help Palestinians to recover from recent conflicts.

In his final weeks in office, Kerry was critical of Israel’s building of settlements on occupied Palestinian land, warning that it undercuts efforts to negotiate a two-state final peace deal. Trump’s administration is expected to be more sympathetic to Israeli Prime Minister Benjamin Netanyahu’s government, and the new president has chosen an ambassador with a track record of backing settlements.