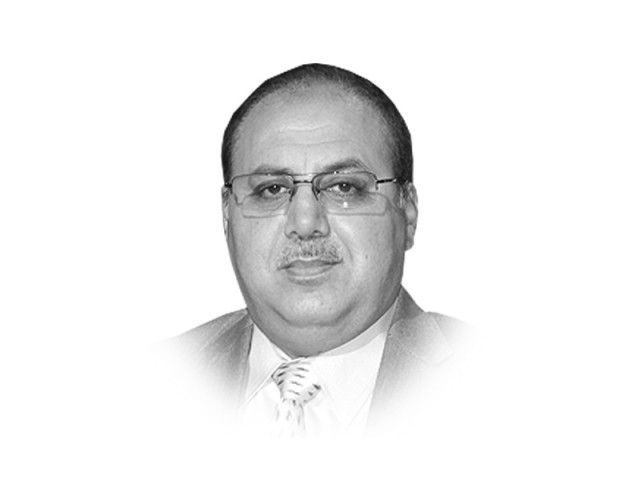 The writer is a New York-based journalist, and Co-Director of Centre for Community and Ethnic Media at the Graduate School of Journalism of City University of New York

As Donald Trump takes oath as the 45th President of the US, history seems to be going full circle in one part of the world. The enemies of yesteryear are cosying up to one another and allies of yesterday are embracing estrangement, if not outright hostility over Afghanistan.

The display of shifting sands was witnessed in Moscow on December 27, 2016, where Chinese and Pakistani officials huddled with their Russian hosts. The mooting point was Afghanistan, whose government was not invited. A joint statement, issued after the dialogue, expressed support for talks with the Afghan Taliban and concern over the spread of the Islamic State (IS).

The Moscow huddle added one new element to the complicated Afghan chessboard — a reassertive Russia in Afghanistan. Russia admitted its outreach to Taliban last December, and who welcomed the Moscow talks. Three reasons are being ascribed to its new Afghan strategy — to maintain stability in Afghanistan, check proliferation of drug trafficking and to defeat the IS. Taliban consider the IS as a rival and have been fighting it.

Russians seem to be following a familiar game plan — change the dynamics of a conflict in its favour through muscular diplomacy and hard military power. It deployed this strategy in Syria and in Crimea before that. It is embracing disenchanted global and regional players — Iran and Turkey in Syria, and China and Pakistan over Afghanistan.

Moscow is also reaching out to Iran to join its initiative on Afghanistan, while Afghans, following their public displeasure, are also likely to be invited to the next meeting. Russia is expecting to become a dominant player in the Afghan conflict just like in Syria.

In Syria, Moscow’s involvement transformed President Bashar al-Assad government’s shrinking writ over the areas under opposition control into new military gains in cities like Aleppo. It tamed the Western and Arab-backed opposition to a compromise ceasefire on the one hand and the West’s military support to rebels almost a lost cause. The Turks joining hands with Russians also exemplifies the bungled Western strategy of supporting a three-way war — to defeat Assad regime, the IS and al Qaeda affiliates.

China and Pakistan joining hands with Moscow is somewhat understandable. For China, cooperation with Russia on Afghanistan has its strategic dividends. The principal being safeguarding its mining interests in the restive countryside, significantly controlled by Taliban; and fighting an extended war of its own backyard — against the separatists from Xinjiang autonomous region, many of whom are based in Afghanistan.

For Pakistan, the forum gives it an opportunity to counterbalance the US embrace of India over Afghanistan. Former US ambassador to Afghanistan Zalmay Khalilzad, a longtime proponent of a US policy that offers both carrot and stick to either win over Islamabad or force it to fall in US policy line over Afghanistan, was one of few foreign policy experts who advised Washington to bring in new players to Afghan equation to pressure Islamabad.

In an opinion article in The Washington Post on June 30, 2011, Khalilzad advised the Obama administration to give Pakistan compelling and consequential choices over Afghanistan. The incentives included facilitating resolution of outstanding disputes between Pakistan and Afghanistan and Pakistan and India, support its weak economy, help address its security needs and concerns, start major structural projects, etc.

“Should Pakistani intransigence persist, the United States will need a long-term strategy that manages the threat from Pakistan and embraces a broad multilateral effort to assist those Pakistanis who seek to transform their country. This would, in part, require the United States to maintain a military presence in Afghanistan to counter the terror threat and assist in preventing the victory of Pakistani proxies in Afghanistan. We would also need to consider accelerating security ties with India as part of a containment regime against Pakistan. Most important, the United States would have to channel bilateral assistance to Pakistan in a way that empowers moderate civil society but reduces support for the military.”

Some of Khalilzad’s recommendations seem to have found favours in Washington and have been adopted as US policy instruments.

It is in this context that the Moscow huddle gains added significance. The move, if successfully shapes up as a serious initiative, can bring Russia and India face to face in a country where they were on the same side in the 1980s. It will also put to test President Donald Trump’s vision of improved relations with Russia, stabilising Afghanistan and defeating the IS.

While chances of success of Russian initiative may not appear too bright for now, its significance can still not be discounted. It may outset regional realignments but may not bring peace to Afghanistan. Rather it will open new proxy wars unless the move is made more multilateral in meaningful ways.