Nigar Awards set for a comeback after 15-year-long hiatus

Nigar Awards set for a comeback after 15-year-long hiatus 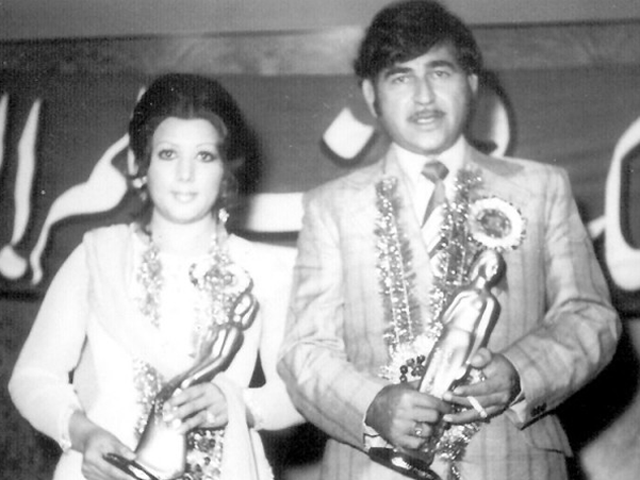 KARACHI: Long before Lux or HUM, Nigar Awards were presented to pioneers of the nation’s entertainment industry.

The awards, initiated in 1958, were discontinued in 2002 as the fortunes of the local film industry plunged.“We discontinued as Pakistani cinema did not produce a lot of films. Only a dozen or so films were being produced during the last 15 years. Only Pashto cinema kept the window open for the industry to survive. Besides that there was no quality work being produced,” chairman Aslam Ilyas Rashidi told The Express Tribune.

He added that the reason to discontinue the awards was taken to prevent the credibility of the awards from being compromised. “If we would have awarded films of questionable quality that were barely watched, it would have reflected poorly on Nigar. I believe we made the right decision as Nigar remains etched in people’s minds to this day.”

Rashidi said he had garnered great support from the fraternity. “Everyone has pledged their support. We are ecstatic about reviving the awards to recognise quality films once again,” he said.

Back when films like Benhur (1959) were awarded 11 Academy Awards, Pakistani films like Chakori and Aina were being recognised by the Nigar Awards for excellence in cinema. The Nigar Awards were introduced in 1958 by Ilyas Rashidi, also called Baba-e-Filmi Sahafat in Pakistan.

The awards were an extension of Nigar, Pakistan’s first weekly newspaper dedicated to all things Lollywood. The publication was founded in 1948.

After Rashidi’s demise in 1997, his ventures continued to flourish under the tutelage of his son Aslam Ilyas. The 2017 Nigar Awards will be held on March 16. The return of the awards will be officially announced in a press conference tomorrow (Thursday).

In my head, I have ‘amazing babies’ with Vin Diesel: Deepika Padukone