The poache­rs behead­ed and mutila­ted the paws off the male lions after poison­ing them
By News Desk
Published: January 13, 2017
Tweet Email

In a gruesome discovery, three lions were poisoned and decapitated in Africa’s Limpopo province to use the bodies for creating a traditional medicine.

The poachers beheaded and mutilated the paws off the male lions after poisoning them at the Tzaneen Lion and Predator Park.

According to police spokesperson Moatshe Ngoepe, the poachers invaded the park’s territory by cutting through at least three fences.

Traditional healers in the vicinity pay huge prices for rare ingredients that the lion meat is believed to contain.

After making the appalling discovery, police traced a trail of blood from the site of the incident to the main road where the poachers seemingly had a vehicle waiting. 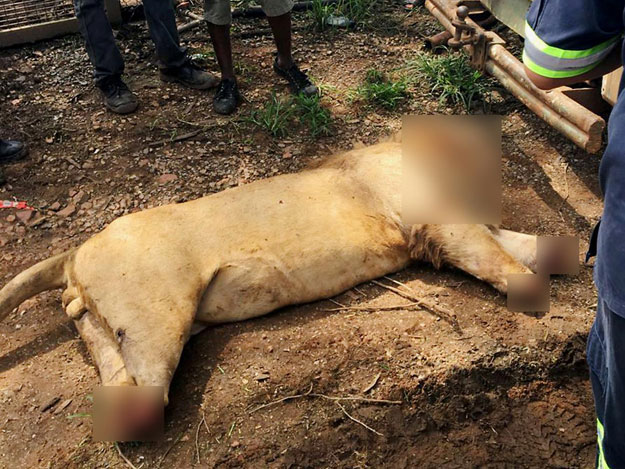 Subsequently, park workers found the lions’ bodies, with the game lodge owner Andre de Lange revealing this was the second time in six months that poachers had attacked animals.

In July last year, Cecil, one of Africa’s most famous lions, was killed and beheaded in Zimbabwe’s Hwange national park.

Searching for the last lions in Nigeria

Experts estimate there were about a half million lions at the start of the 20th century. That number declined to about 200,000 by mid-century, and has fallen to about 10% of that number today, largely due to increasing conflicts between the animals and the encroaching human population in sub-Saharan Africa.

This article first appeared on Independent