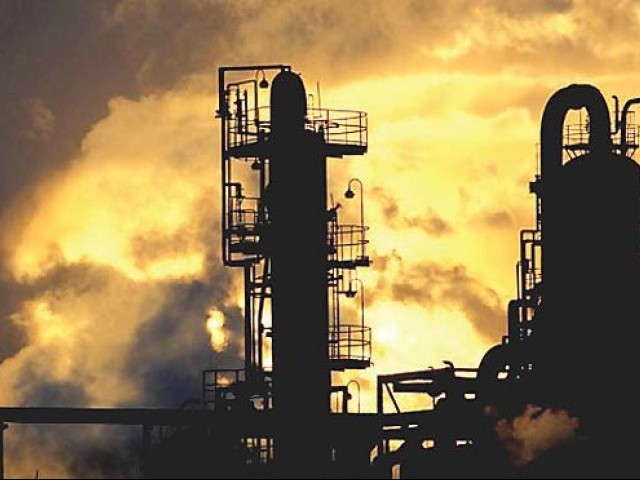 Refinery output has declined by 6.3 per cent to 5.1 million tons so far in the current financial year, primarily due to the month-long plant closure of Pak-Arab Refinery Company, the country’s largest refinery, and the circular debt creating operational issues.

However, improved refinery margins are expected to bode well for the sector’s profitability in the near future, according to Topline Securities.

Refinery output declined to 5.1 million tons from 5.4 million tons in the corresponding period last year, as average capacity utilisation stood at 67 per cent, down from 70 per cent in the first eight months of fiscal 2009-10.

Amongst individual companies, Attock Refinery Limited (ARL) and National Refinery Limited (NRL) were the only two refineries that showed an uptick in their output due to improved spreads. Capacity utilisation by ARL and NRL stood at 90 per cent and 86 per cent, respectively.

On the other hand, Pak-Arab Refinery Company (Parco), which contributes 35 per cent to the country’s overall capacity, saw its output decline by 20 per cent after the company’s plant stayed shut due to the floods.

Pakistan Refinery Limited (PRL) and Byco Petroleum depicted a decline of 3 per cent and 37 per cent, respectively, in output also due to revamping and circular debt issues.

Product-wise break-up showed that production of all the products, except for HOBC, showed a declining trend. Furnace oil and high speed diesel production – contributing over 80 per cent in the oil consumption mix – declined by 5.3 per cent to two million tons and 1.6 per cent to 1.6 million tons, respectively.