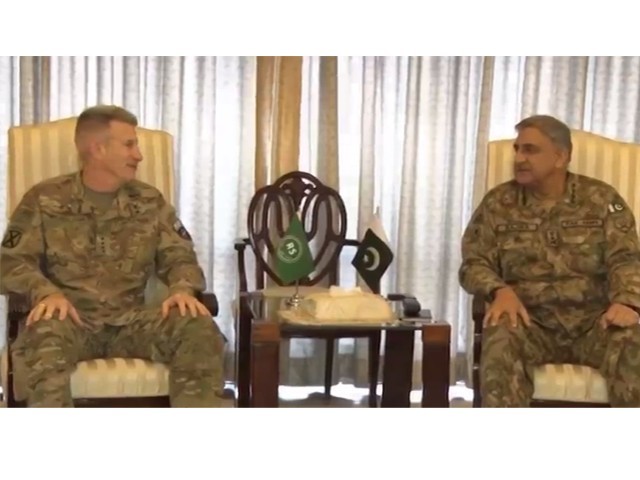 Gen Bajwa appreciated the role of erstwhile International Security Assistance Force (ISAF) and the RSM for peace and stability in Afghanistan.

He acknowledged continuous support of RSM to enable Afghan National Security Forces (ANSF) for enhancing the capacity and capability to independently tackle security challenges in Afghanistan.

The COAS also emphasised requirement of Pak-Afghan bilateral border security mechanism for which RSM can play an important role.

Later, the two generals visited Miranshah, North Wazirastan Agency where the visiting General was briefed by General Officer Commanding on Operation Zarb-e-Azb and progress on the socio-economic activities, including return of the temporarily displaced persons (TDPs).

The visitors were also taken to Miranshah bazaar where they witnessed development work being undertaken by Pakistan Army.