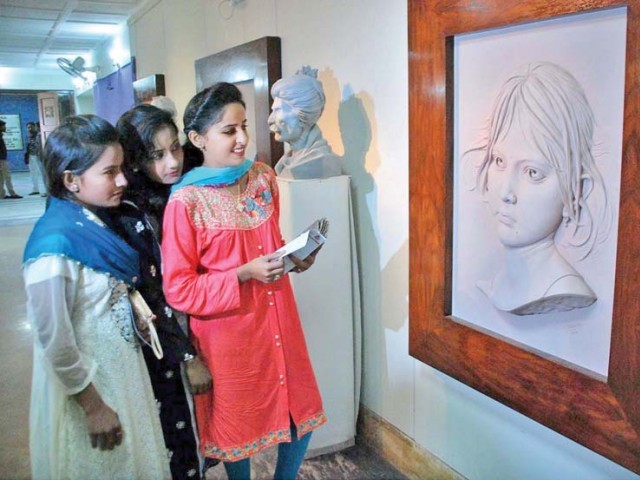 (Above) People viewing the wide variety of books available for sale at the event. (Below) The works of sculptors Fakeero and Hussain Chandio were also put on display on the first day of the event. PHOTOS: APP

HYDERABAD: The landscape of art and literature is not stunted by a shortage of funds but by scarcity of creative minds, said Culture Minister Sardar Ali Shah on Friday.

He was speaking at the inauguration ceremony of the three-day Hyderabad Literature Festival at the Sindh Museum. He was accompanied by playwright Noorul Huda Shah and Italian consul-general Gianlucca Ruboggotti. Around 75 sessions featuring academic, literary, social and political discourse on a range of subjects and issues as well as poetic symposiums and musical nights will be held during the event.

Writers and poets cannot detach themselves from the domain of politics, remarked Noorul Huda while responding to a query. The artistes have a sense of belonging to their motherland and they play an integral role in highlighting social ills and injustices, she added. “In today’s society, we can’t write about the revolutionary things [that] were written in the past.”

She also said that she writes in both Urdu and Sindhi but has always introduced herself to other people as a Sindhi.

Sardar said that he is saddened to see the current state of Sindhi Adabi Board, which was formed to promote literary activities. “But, I am surprised to see that no one has taken a stand for the restoration of the board. The clerks are running this organisation.”

The board was founded in 1940 as Central Advisory Board for Sindhi Literature for publication of books and magazines and conducting research on Sindhi literature, poetry and translation. It was later renamed and made an autonomous government-funded board through an act passed in 1955. 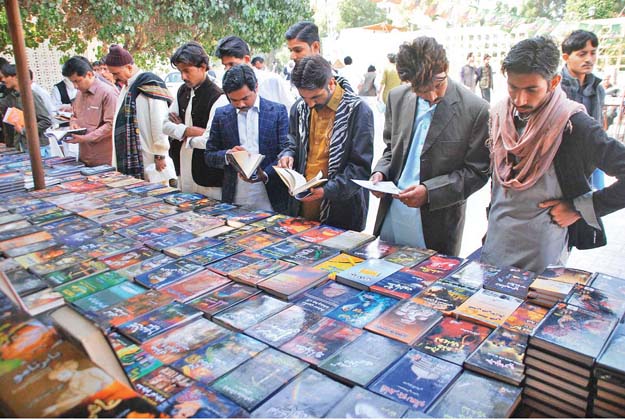 The minister emphasised carrying out research and creative works to promote Sindhi literature. “It is not sufficient for the literati to arrange festivals and talk only about the literature works produced till the 1950s. We also need to produce literary works in the current era so that we can stand with the world.”

Sardar also underlined the need for emergency measures to restore functioning of both the board and Sindhi Language Authority.

“After becoming the minister, I received applications for stipend from writers and poets from all parts of Sindh but no one among them bothered to ask in their correspondence that why the UNESCO [United Nations  Educational, Scientific and Cultural Organization] wanted to delist Makli from its list of the world’s protected heritage sites.”

Pakistan Peoples Party MNA Nafeesa Shah, in the session on her book, Honour and Violence, lamented that neither the country’s law nor the jirgas consider the people who kill women in the name of honour as criminals.

She said that she studied 1,400 cases of honour killings for her book.

According to her, she witnessed the nexus that gets established between the killers and families of the victims while she was nazim of Khaipur district. “Karo-kari is also a business.”

In the panel discussion on Sindh’s heritage, archaeologist Dr Kaleem Lashari observed that Pucca Qila in Hyderabad, which was built by Kalhoro dynasty in 1750s, is ‘living on a ventilator’.

In 2010, a plan was prepared to provide alternative accommodation to thousands of residents of Pucca Qila, he said. This was followed by immediate restoration work of its exterior walls but no progress could be made beyond planning, he lamented.

The works of sculptors Fakeero and Hussain Chandio and cartoonist Murad Shah were also put on display on the first day of the event at Zafar Kazmi Art Gallery of the museum.