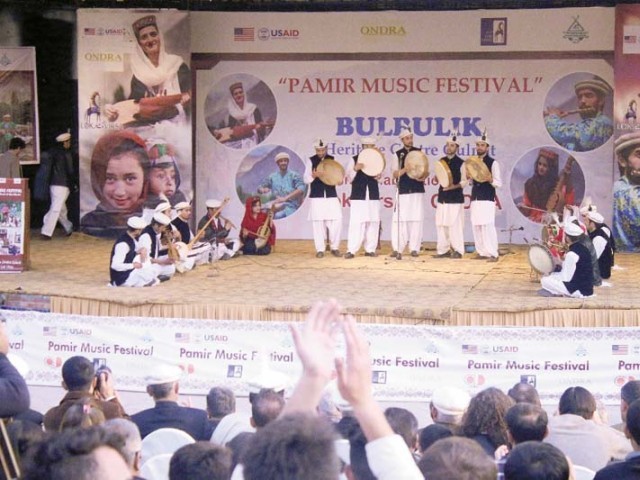 The beat, strum and tune of traditional drums, rabab, and surnai from the towering mountain ranges of Himalaya filled the air at the Open Folk Theatre of Lok Virsa on Saturday.

Musicians and dancers from the remote Pamir region in Gilgit-Baltistan performed at the theatre on Saturday as part of the “Pamir Musical Festival”, organised by Bulbulik Music School, USAID and Lok Virsa.

Various folk singers and dancers from the Hunza and Gojal valley played traditional music using their traditional instruments at the event.

They were joined by students of the Bulbulik Music School – an initiative of the Gulmit Educational and Social Welfare Society to preserve Wakhi music – sang traditional folk music as well.

Abdul Waheed, the organiser, said that the Bulbulik School was trying to preserve the endangered Pamiri heritage.

Saeed appreciated the participation of women in cultural events.

No tangible steps taken in 2016