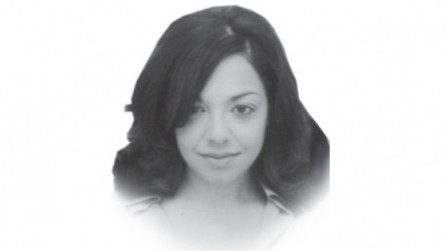 The writer is a features editor for The Express Tribune. (faiza.sultan@express.com.pk)

A remake of the 1980s mythological blockbuster Clash of the Titans is currently running at cinemas across the country. Set in a land overrun with spiteful gods and monsters, and by all accounts dreadful, of the mountain of criticism levelled at this film, some has been directed at the poor choice of placing an actor with an Australian twang (protagonist Sam Worthington) in Homeric Greece. This accusation, entirely liberated of logic, clings to the notion that English spoken in Received Pronunciation, also known as BBC English, i.e. English as it is spoken in England, would sound far more credible in a film portraying Greeks circa 800 BCE.

Australians in ancient Greece isn’t an attack on verisimilitude, it is an attack on our chosen construction of reality, which in this case, has its roots in Shakespeare. The genesis of the modern Hollywood historical epic can be found in Shakespeare’s Roman tragedies, from the lesser known Titus Andronicus to the wildly popular Antony and Cleopatra. From being performed on stage by British thespians, regardless of their setting, those same tragedies were performed by British thespians on screen, Sir Laurence Olivier for example, until it was decided by us all that the British were the official sponsors of the ancient world, for it was in their language, more so their accent, that its stories had reached us. As such, I’ve always found historical epics slightly hard to take seriously, since one can so often make out the cast’s efforts at sounding like Englishmen from the 1930s.

However valiantly one tries, faking an accent is a fairly unpleasant experience all round. It’s not that one’s actual inflections necessarily come through (though they inevitably, embarrassingly do), it’s more a case of being able to sense the speaker’s unease. It is a problem amplified on television, seen in glorious living colour on a Pakistani news channel that underwent the change from Urdu to English in recent months, and is considerably better for it. In its previous incarnation, too many of the English speaking anchors sounded at best nervous and at worst ridiculous. As a viewer, it’s a supremely uncomfortable experience to watch somebody conspicuously uncomfortable in their own skin, and it’s patronising to imagine one shan’t be able to tell.

It’s not that they’re trying something new that’s the problem, nor merely that they wish to speak clearly to be better understood. It’s that their priority is to disassociate themselves from their natural speech patterns, which, given that they’re Pakistanis addressing a Pakistani viewership, seems like a fairly unfortunate move. It’s the chronic question of Pakistani identity all over again. Exposure to foreign climes suggests cultural and intellectual superiority, that one isn’t quite good enough as one is. I, for one, get sidetracked by the affectation itself and am left unable to concentrate on the content. Put on Indian television, it’s pretty awful and what popular presenters have done to the English language can probably pass as a crime against nature, but you’ll hear the confidence of a people entirely at ease with their scripts. And that makes all the difference in the world, for few things destroy the viewing experiences quite so much as visible self-consciousness and self-loathing.

The pain of running a small business