FAISALABAD: A five-year old boy died on Thursday after the ambulance carrying him was stopped from reaching Faisalabad’s District Headquarters (DHQ) Hospital.

Ali Ahmad, under treatment for brain injuries, breathed his last after police and hospital staff barred the ambulance from reaching the medical facility in connection with mayoral elections.

The hospital’s entrance and all three roads leading to the facility were closed to the public and vehicular traffic due to the elections. 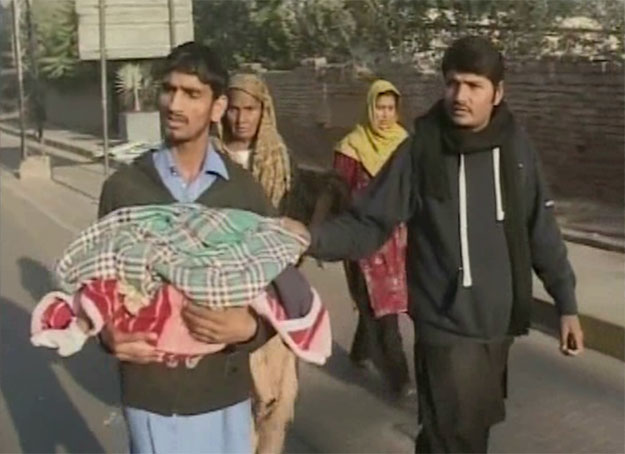 With polling stations established in the town hall of  the Municipal Corporation Complex, only the chairman and eligible voters were allowed to enter routes leading to the complex and the hospital. Patients and their attendants were not allowed to reach the 850-bed hospital even on foot.

Expressing his grief, the father of the deceased child Muhammad Jamil rapped authorities for impeding movement of ambulances. He said it was a “cruel” thing to do.

Separately, distressing scenes were witnessed as relatives of around 12 other serious patients struggled to shift them to the hospital after prevailing on police personnel.

Over 4,000 patients frequent outdoor facilities at the city’s DHQ Hospital daily. The medical facility is the chief hospital of the city, catering as it does to both, patients from Faisalabad and other remote areas.