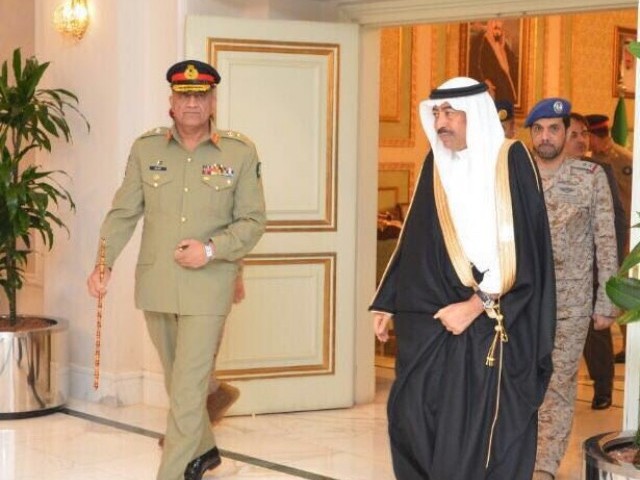 It is General Bajwa’s first ever official visit to any foreign since he was appointed as the Chief of Army Staff (COAS).

Upon arrival, the army chief was received by the Saudi Assistant Defence Minister Muhammad bin Abdullah al Ayesh. During the trip to the kingdom, the COAS will meet senior military and civil leadership of Saudi Arabia.

An intense guessing game on the replacement of the army chief General Raheel Sharif came to an end on November 26 when Lieutenant General Qamar Javed Bajwa was appointed as the new Chief of Army Staff.

The appointment of Gen Bajwa has come as a surprise to some given that he was second last in order of seniority among the five generals whose names were forwarded to the prime minister to fill the key slots of Chairman Joint Chiefs of Staff Committee (CJCSC) and Chief of Army Staff (COAS).