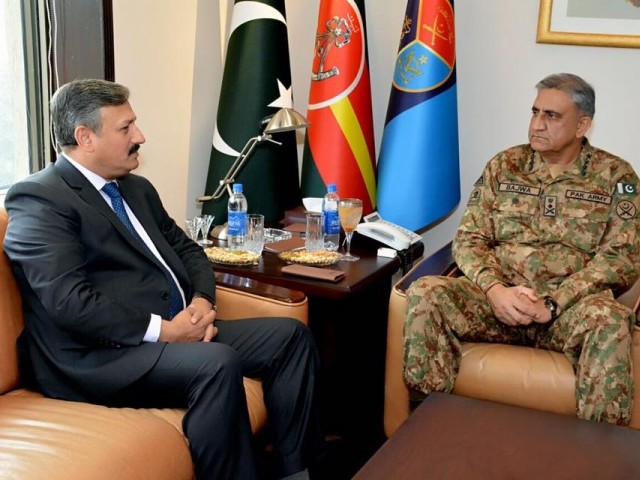 The COAS conveyed these remarks on his visit to the agency headquarters in Islamabad on Friday, where he also met ISI chief Lt Gen Rizwan Akhtar, according to the military’s media wing, ISPR.

Gen Qamar was briefed on the internal and external security situation of the country, whereas the intelligence agency’s efforts to counter terrorism were also discussed in the meeting.

The army chief lauded the contribution and sacrifices made by intelligence officers. He also laid floral wreath at the ‘Yadgar-e-Shuhda’ (monument for martyrs) to pay homage to those who have sacrificed their lives in the line of duty with the ISI.

Forget resignation, won’t even give PM’s worn out ‘Sherwani’ button to Imran: Rashid