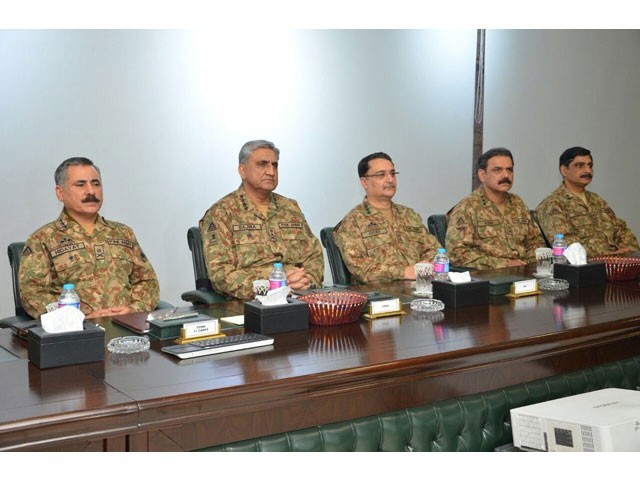 Army chief General Qamar Javed Bajwa has vowed to break the nexus between terrorists and their facilitators at all costs.

“Nexus between terrorists in remote areas and their facilitators in urban centres will be severed whatever the amount of effort and time,” the Inter-Services Public Relations (ISPR) quoted the COAS as saying on Monday.

General Qamar visited Corps Headquarters Peshawar for an in-depth briefing on the current state of security operations, and the way forward in Fata, Khyber Pakhtunkhwa and Malakand divisions.

Appreciating the gains of counter-terrorism operations so far, the army chief said focus must remain on indiscriminate intelligence-based, combing operations for stabilisation and consolidation.

Having created conditions for governance and socio-economic reforms, Gen Qamar said, army will stand by the valiant tribes and work with the government to bring about an equitable development across Fata for peace and prosperity in the entire region.

The COAS also reviewed progress towards border management and directed to expedite all construction work and capacity-building of Frontier Corps to effectively check all illegal cross border movement.

For optimum effect of sealing move of terrorist either side,bdr mgmt will 've to be bilateral both by Pak&Afgn on their respective sides-5

On the occasion, General Bajwa was apprised about the concentration of terrorists across the border in Afghanistan, and their continued efforts for an activity inside Pakistan.

Respond to any aggression with full force, Gen Bajwa says

The army chief observed that for optimum effect of sealing their movement either side, border management will have to be bilateral both by Pakistan and Afghanistan on their respective sides.

Gen Qamar particularly emphasised on the progress of return of temporarily displaced person (TDPs) and directed completion of their dignified return. TDPs must be helped out to resettle in their native towns with social infrastructure in place, in conjunction with the civil government, he maintained.