An ATR plane will be used to conduc­t the flight­
By Sehrish Wasif / Irfan Ghauri
Published: December 9, 2016
Tweet Email 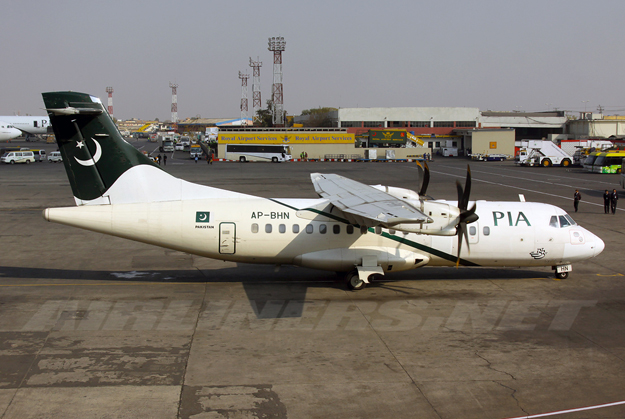 Flight PK-661 will depart from Chitral and is scheduled to reach Islamabad at 5:05pm. Earlier, an ATR aircraft departed from Islamabad and reached Chitral via Peshawar at 12:50pm.

The same ATR plane will be used to conduct the flight from Chitral to Islamabad.

A PIA spokesperson clarified they had not stopped Chitral operations following the crash which claimed 48 lives. “The flights to Chitral are subject to weather conditions,” he said.

A bag and a watch were found at the crash site on Friday. The watch showed the time as 4:16pm indicating that’s when the crash occurred. A doctor from Abbottabad has left for Islamabad to take evidence to PIMS hospital for verification.

Engine trouble is initially believed responsible for Wednesday’s deadly plane crash, but many questions remain, including about the airworthiness of the ATR-42 aircraft, stirring new worries about the safety record of the ailing national carrier Pakistan International Airlines.

The plane was en route to Islamabad from Chitral when one of its two turboprop engines failed shortly after take-off, causing it to crash into the mountains of Batolni village of Havelian — 32 nautical miles from Benazir Bhutto International Airport, killing all on board.