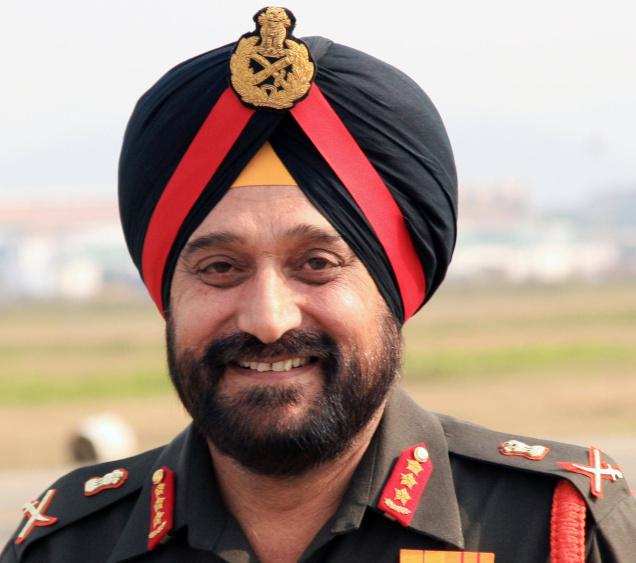 "In the UN operations, General Bajwa's performance was totally professional and outstanding. But a military officer's conduct in the international environment is different from the way he conducts himself back home. There, he is governed by his country's national interests," General Singh was quoted as saying by the Times of India.

General Bajwa served as a brigade commander in the UN peace-keeping operations in Congo in 2007 under General Bikram Singh.

Singh further said it's important to "wait-and-watch" how General Bajwa conducts himself.

"General Bajwa is well-versed with the complexities, nature of operations and terrain along the LoC. He has also handled Kashmir extensively during his career," another Indian army official was quoted as saying.

The appointment of Gen Bajwa has come as a surprise to some given that he was second last in order of seniority among the five generals whose names were forwarded to the prime minister to fill the key slots of Chairman Joint Chiefs of Staff Committee (CJCSC) and Chief of Army Staff (COAS).

What impressed Sharif about Gen Bajwa is his ‘apolitical nature’ and crucial role he is thought to have played in supporting the democratic process during the 2014 dharna by Imran Khan’s Pakistan Tehreek-e-Insaf (PTI).

Gen Bajwa was corps commander Rawalpindi at that time, one of the most important corps in the army responsible for security along the entire Line of Control (LoC) as well as strategic installations in and around Islamabad.

Born in Gakhar Mandi, Gujranwala, Gen Bajwa was commissioned on October 24, 1980 in the 16 Baloch Regiment, the battle-hardened force that in the past has given three army chiefs, including Gen Yahya Khan, Gen Aslam Beg and Gen Ashfaq Parvez Kayani.

He had also commanded Pakistan Contingent in Congo, where he worked alongside the former Indian army chief General Bikram Singh, who according to the Hindustan Times, described Gen Bajwa as an ‘outstanding and professional solider’.

Before being named the new army chief, Gen Bajwa was serving as the Inspector General Training and Evaluation at the General Headquarters (QHQ), the same post Gen Raheel was holding before being appointed as the army chief in November 2013.

Being the corps commander of Rawalpindi, the incoming army chief has vast experience of dealing with issues related to Kashmir and the LoC, which is currently the focus of attention due to the bloody exchanges between the border guards of the two countries.

‘Down to earth, intellectually very powerful’

A serving three-star general, who knows Gen Bajwa personally, described the new army chief a “down to earth and very hard working” professional.

“He rules hearts and is quick in decision making,” the military official said while speaking to The Express Tribune on condition of anonymity since his position does not permit him to speak to the media.

Another official, who is aware of the working style of the new army chief, said Gen Bajwa is a ‘pure professional’ and easy going. “He is a tough guy when it comes to discipline and professionalism.”

Like his predecessor, Gen Bajwa would be leading his men from the front.

This article originally appeared on Times of India. 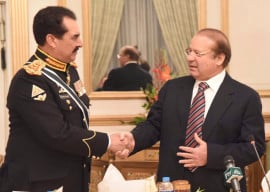 Gen Raheel is one of the finest leaders of this generation: PM 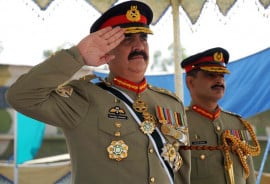 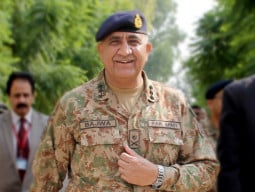 Haji Atiya | 4 years ago | Reply @Truth_Prevails: Because if you do you'll get the standard response from whomever is in power: "...politically motivated !" And that would be the end of that: recall the minimum educational requirement of a Bachelor's degree conveniently cast by the wayside..
Parvez | 4 years ago | Reply General Bajwa's biggest challenge will be to understand who the real enemies are ....... even he knows there are more than just one or two.
VIEW MORE COMMENTS
Truth_Prevails | 4 years ago | Reply Why cant we have similar competency benchmarks for politicians?
Replying to X
Saved ! Your comment will be displayed after the approval.
Error !
Error! Invalid Email. SC must not provide support to govt's sinking ship: Maryam 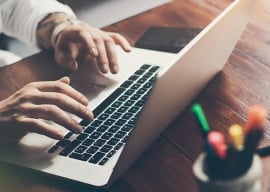