PTI will not attend Erdogan's address to Parliament, confirms Imran

PTI will not attend Erdogan's address to Parliament, confirms Imran 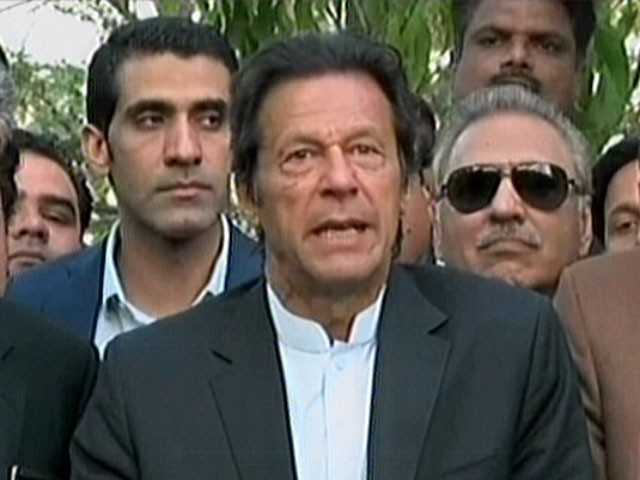 Imran Khan-led Pakistan Tehreek-e-Insaf (PTI) has upheld its earlier stance of not attending the joint session of Parliament on November 17, which will be addressed by Turkish President Recep Tayyip Erdogan.

“Turkish ambassador requested us to attend the joint session of the Parliament… we reviewed the decision but have reached the conclusion to continue the boycott,” Imran told reporters in Islamabad on Tuesday.

The PTI chief said that the party’s consultative meeting came up with the decision after much deliberation, claiming that attending the session would be equal to endorsing the premier.

PTI to reassess its call to boycott Erdogan’s parliament address

“The PM did not respond positively on the calls for inquiry into the Panama scandal for the last seven months,” he said.

The cricketer-turned-politician said although PTI respected the Turkish envoy’s request; it would stand by its stance against the premier’s ‘corruption’.

We respect the invitation of the Turkish minister & welcome him to Pakistan. But we can not endorse NS by going to NA.#IKPresscon

“There is a country that we love more than China and its Turkey,” Imran said before adding, “We welcome the Turkish president on his visit to the country.”