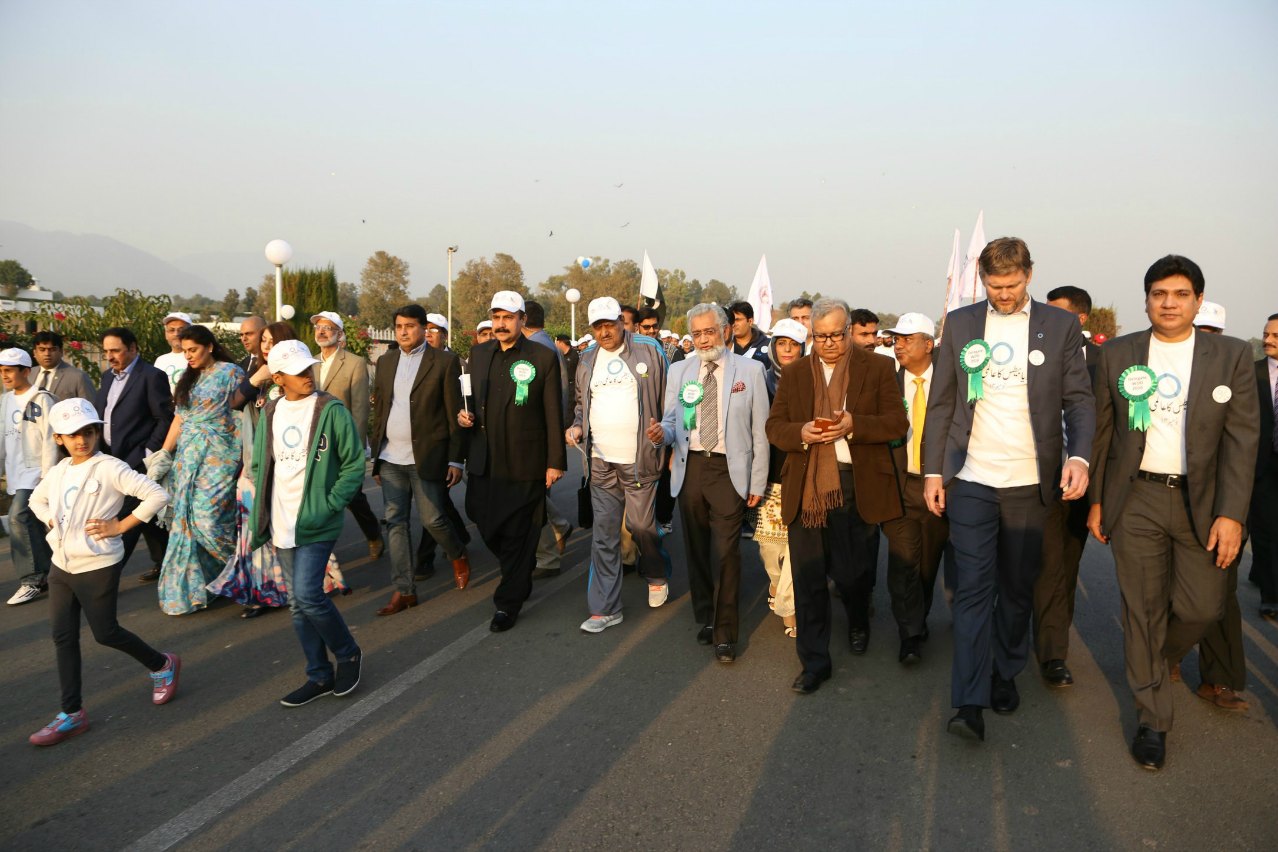 Awareness of diabetes is the key to controlling a diabetes pandemic in Pakistan. If proper measures for awareness and treatment are not adopted, Pakistan may have the eighth-highest population of diabetic patients by 2040. Such high prevalence of diabetes calls for continued efforts to improve public awareness regarding the disease.

These views were expressed by President Mamnoon Hussain while addressing the Diabetes Awareness Walk and Blue-lightening ceremony held at Presidency on November 13, 2016, in the commemoration of the 25th World Diabetes Day.

This large-scale event, attended by more than 3000 people from the Government, diplomatic core, civil society, healthcare institutions, academia and media, is a collaboration between Novo Nordisk Pakistan and Szambu (PIMS), Islamabad.

Speaking at the occasion, Mr Rana Azfar Zafar, General Manager, Novo Nordisk Pakistan expressed his gratitude to President Mamnoon Hussain for supporting the initiative by taking a lead in raising awareness on the importance of a healthier lifestyle to curb the high prevalence of diabetes in Pakistan. Mr Azfar stated that “encouraging good habits” is a lifelong process which needs to start from an early age, which is why Novo Nordisk is making consistent efforts to create public awareness about diabetes at all levels. Mr Azfar added,

“The public must, however, also play their part by knowing the risk factors, leading healthy lifestyles and encouraging others to do so as well. Together, we can promote healthy communities and protect the future generations of Pakistan.”

At the event, President Hussain inaugurated various stalls and exhibitions displaying information desks and material on diabetes and conducted a symbolic diabetes walk with the participants to highlight the importance of exercise. Concluding the event, the president switched on the symbolic blue-light surrounding the Presidency. 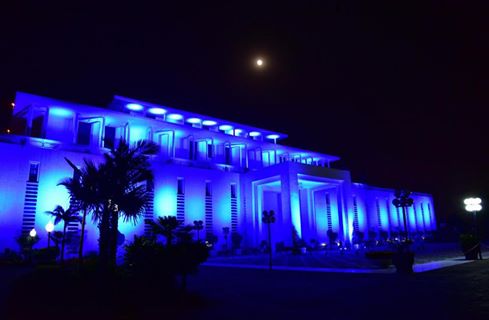 Novo Nordisk is a global healthcare company with more than 90 years of innovation and leadership in diabetes care. In Pakistan, Novo Nordisk is working extensively working to create awareness of diabetes and its treatment. Headquartered in Denmark, Novo Nordisk employs approximately 42,600 people in 75 countries and markets its products in more than 180 countries.  For more information, visit novonordisk.com,Facebook, Twitter, LinkedIn, YouTube