Picasso's widow may have hidden art from heirs, court told

Picasso's widow may have hidden art from heirs, court told 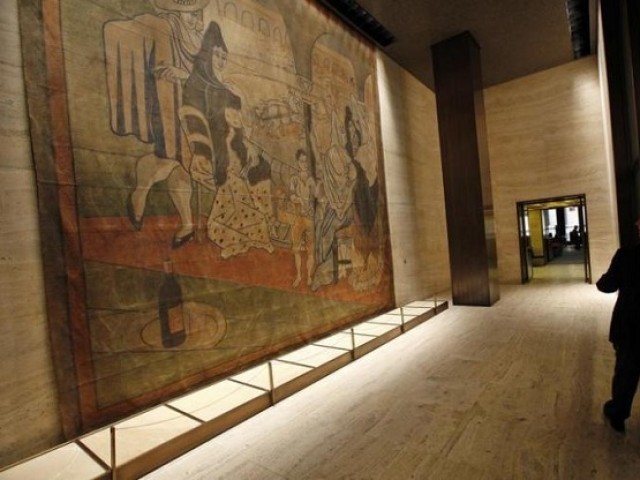 FRANCE: A retired electrician who kept nearly 300 Pablo Picasso artworks in his garage for almost 40 years told a French appeal court Monday that the artist’s widow may have wanted to hide the works from his family.

“Mrs Jacqueline Picasso had problems with (her step-son) Claude (Ruiz) Picasso,” Pierre Le Guennec said in a trembling voice, presenting a new version of events to the court in the southern city of Aix-en-Provence.

Le Guennec, convicted last year along with his wife of possessing stolen goods, said that Picasso’s widow had asked him to store between 15 and 17 garbage bags containing artworks after the artist died in April 1973.

The 77-year-old said that some time later Jacqueline Picasso retrieved the bags but gave him one of them, saying: “Keep this, it’s for you.”

Le Guennec said “maybe” the widow was trying to prevent the works from an estate inventory, and said he did not tell the truth in the earlier trial out of “fear of being accused, along with madame, of stealing these bags.”

Move over Picasso: first-ever emojis to hang in NY Museum of Modern Art

Le Guennec, who was the Picassos’ handyman, had previously testified to being given the drawings while the artist was still alive, in 1971 or 1972.

The couple’s lawyer Eric Dupond-Moretti said he had learned the new version of events only a few days ago.

Le Guennec said Jacqueline gave him the 271 works — 180 single pieces and a notebook containing 91 drawings — as a gift recognising the couple’s devotion.

He described the works as “drawings, sketches, (and) crumpled paper”.

Uninterested in the haul, Le Guennec said he put the collection in his garage and rediscovered it in 2009.

Prosecutor Christophe Raffin asked the court to uphold the couple’s two-year suspended sentences meted out in March 2015. A verdict is due December 16.

“I don’t believe the version that (the drawings) were a gift,” Raffin said. “I think it’s a theft from an ageing Pablo Picasso and from Jacqueline, more than ever focused on her husband.”

Addressing the couple, Raffin said: “One could wonder whether what has been presented to us as the truth today is not another lie. Mr and Mrs Le Guennec, you have lied on several points.”

The defendants face a maximum jail time of five years and a fine of 375,000 euros ($410,000), or half the value of the pieces, whichever figure is greater, if the conviction is upheld.

The collection, whose value has not been assessed, includes drawings of women and horses, nine rare Cubist collages from the time Picasso was working with fellow French artist Georges Braque and a work from his “blue period”.

Other more intimate works include portraits of Picasso’s mistress Fernande, drawings of his first wife Olga and a drawing of a horse for his children.

The authorities seized them after Le Guennec tried to get them authenticated in 2010, showing them to Ruiz-Picasso, who represents the artist’s six heirs.

The Picassos immediately pressed charges, and the works were handed over to Ruiz-Picasso.

Neuer has pointed out that none of the works in Le Guennec’s possession were signed, an unusual occurrence for Picasso who always autographed his work — whether he gave it away or sold it.

Another lawyer for Le Guennec, Charles-Etienne Gudin, however, has said there were only a dozen works of value and that the rest was “very mediocre,” insisting that Picasso never tried to sell them.

One of the few plaintiffs to have known Le Guennec when he was employed by the Picasso family, the artist’s granddaughter Catherine Hutin-Blay, acknowledged during the trial that the electrician did have a special relationship with the artist.

The investigation did not formally identify a thief or thieves.