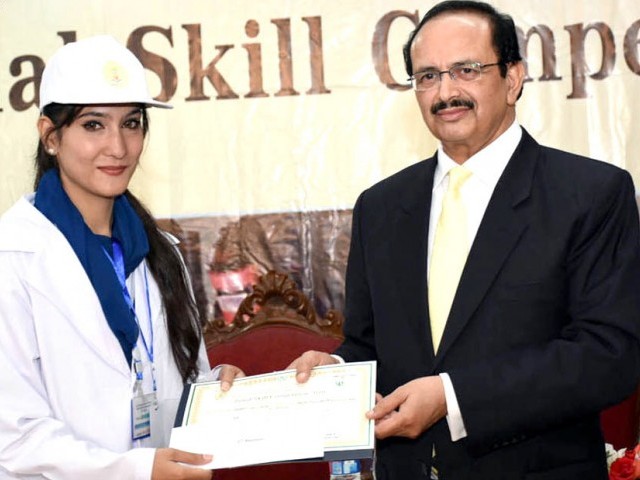 LAHORE: The skilled workers will earn more than doctors and engineers do and no one will remain unemployed.

He was speaking at the prize distribution ceremony of a competition held between students who had completed training under the Prime Minister Youth Skills Development Programme at Don Basco Technical and Youth Centre in the city.

This was mentioned in a press release issued on the same day.

“Competitions at a provincial level, across the country, will be held in November,” he was quoted as saying. “The first prize will be Rs75,000.”

He added NAVTTA will begin training 0.1 million people per year starting 2017. “After successfully completing the training, the skilled workers will be able to get interest-free loans under the youth loan scheme of the prime minister.”