Platform wars go to the next level

Platform wars go to the next level

Monopo­lies at risk as newer player­s look to up the ante on retail share.
Published: February 21, 2011
Tweet Email 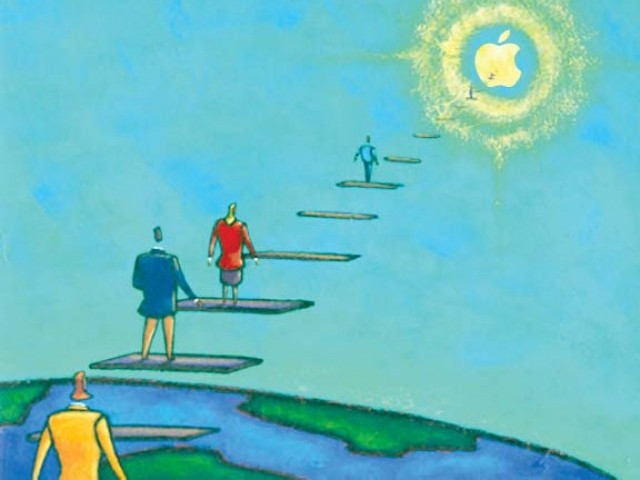 In the software industry, a “platform” is software that allows others to build on top of it and benefit from it. Microsoft Windows is a platform. So is Linux which competes with Windows. Facebook was not a platform initially but eventually adopted a platforms strategy by allowing anyone to build applications for it.

A platform war is currently ensuing in the mobile space. Apple’s tremendous success with the iPhone has invigorated the industry and provoked all mobile manufacturers to react. Google has entered the fray with its Android operating system and Microsoft has bartered a deal with Nokia to promote its Windows Mobile operating system.

Since platforms allow others to build on top of it, it is also possible to build a platform on top of an existing platform. Web browsers for example are also platforms because they allow others to write plugins on top, and they run on top of an operating system. Occasionally, a platform that sits on top will have the upper-hand. Browsers can already do email, chat and document authoring, tasks previously reserved for Windows like platform running applications such as Microsoft Outlook, Word or MSN Messenger. It is now possible to do all these things directly from within the browser. Microsoft realizes the threat from browsers while Google is on the other extreme and has gone so far as to build a new operating system called Chromium.

In the mobile industry, a similar tussle is taking place. Apple enjoys 30% of all revenue from iPhone applications sold via its iTunes AppStore. Recently, however, Amazon’s Kindle book reader application and Raphsody’s music applications are both threatening to become platforms in their own right. Once installed on the iPhone, the Raphsody music application allows users to download unlimited songs for just $9.99 per month while the Kindle application allows users to purchase from over 800,000 books through the Amazon book store directly to their iPhone. These businesses threaten  to become retail platforms in their own right and displace iTunes. They set the precedent for other companies who can compete with iTunes’ own offerings in video, music, books, newspapers, magazines, etc. Apple on the other hand would like nothing more than to be the core provider for all digital content and continue to rake in commissions on all sales. In a recent drastic move, the company set a June 30th deadline for all digital content providers to either share their revenue with Apple for content sold through the AppStore, or possibly be evicted from the AppStore marketplace. Apple is currently under scrutiny from regulators for possible antitrust violations.

The next few months promise to be really exciting in shaping the future of the AppStore and the mobile handset market in general, as the war for dominance ensues. The company that can grab the biggest market share of mobile handsets will be in a position to dictate the future of mobile phones, so the stakes are high and the competitors powerful.

The week in focus