Settle­ments in the West Bank are viewed as illega­l under intern­ationa­l law
By AFP
Published: October 27, 2016
Tweet Email 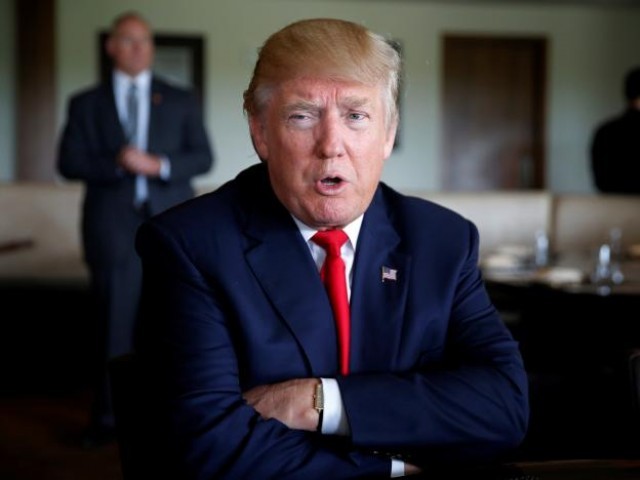 JERUSALEM,: Donald Trump’s adviser on Israel said Wednesday that Jewish settlements in the occupied West Bank were not illegal and he believed the candidate agreed with him, putting them at odds with much of the world.

Speaking to AFP after a rally in support of Trump at a restaurant’s rooftop on Jerusalem’s Mount Zion, David Friedman also said the US presidential candidate was “tremendously sceptical” about the prospects for a two-state solution to the Israeli-Palestinian conflict.

Trump pledges strong US ties with India if elected president

Asked whether Trump viewed the West Bank as part of Israel, as many far-right Israelis do, Friedman did not answer directly. “I don’t think he believes that the settlements are illegal,” Friedman said.

Israeli religious nationalists see the Palestinian territory as part of the country, citing Jews’ connection to the land from biblical times. The United States has intensified criticism of Israeli settlement building in the West Bank in recent months, warning it is eating away at hopes for a two-state solution.

Settlements in the West Bank are viewed as illegal under international law and major stumbling blocks to peace efforts as they are built on land seized in the 1967 Middle East war and which the Palestinians see as part of their future state.

Around 150 people, including right-wing Israelis and evangelical Christians, attended Wednesday’s rally outside the walls of Jerusalem’s Old City and near the flashpoint Al-Aqsa mosque compound. The compound is holy to both Muslims and Jews, who refer to it as the Temple Mount. It is located in east Jerusalem, occupied by Israel in 1967 and later annexed in a move never recognised by the international community.

Friedman reiterated that Trump would recognise Jerusalem as Israel’s capital and move the US embassy there — which would break with decades of precedent and put Washington at odds with most UN member states.

There were chants of “lock her up” when Trump’s Democrat rival Hillary Clinton’s name was mentioned at the rally ahead of the November 8 vote — a common refrain among Trump supporters who want to see her jailed over an emails scandal.

“I hate Hillary. She’s the same like (Barack) Obama,” said Ran Hofman, 54, who waved an Israeli flag. “They screw up the whole world.” A brief video message from Trump of about one minute was played at the event. “Together we will stand up to the enemies like Iran, bent on destroying Israel and her people,” Trump said. “Together we will make America and Israel safe again.”