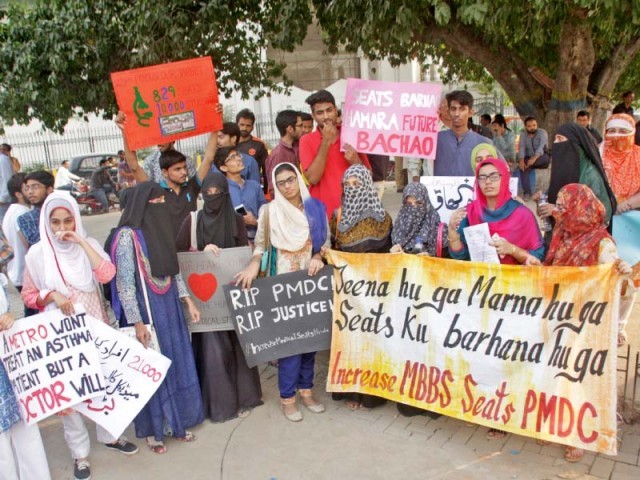 Students hold placards and banners in support of their demands of increasing the number of seat for public medical colleges. PHOTO: ABID NAWAZ/EXPRESS

LAHORE: Dozens of students along with their parents on Monday protested against the provincial government demanding an increase in seats at public medical colleges.

Protesting in front of the Punjab Assembly, Saira Ali, a student, said the government had announced that 829 seats would be increased this year. However, the decision was not implemented.

While other protesters said since 2013 the same number of seats – 3,000 – was being offered and no increase, despite a notification to increase seats by the government, had been made at public colleges.

Students held placards and banners in support of their demands and shouted slogans against the government.