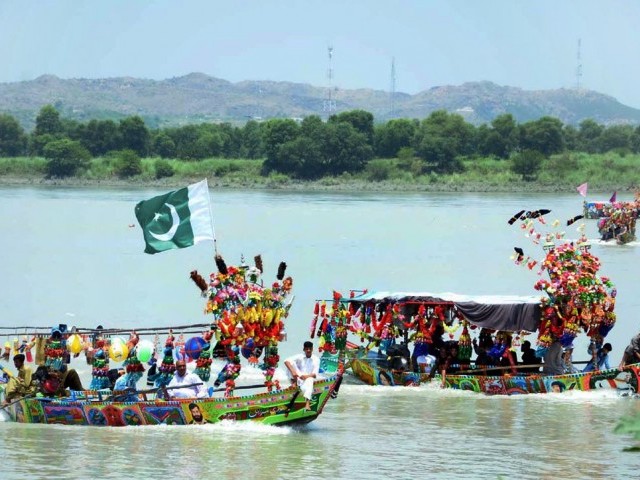 These annual consultations, at the foreign secretary level, are part of the institutional mechanism established under the Pakistan-Italy Enhanced Strategic Engagement Plan concluded in 2013. PHOTO: ONLINE

ISLAMABAD: Pakistan on Tuesday strongly denounced India for threatening to use water as weapon, saying it is a ‘flagrant violation’ of Delhi’s international treaty obligations.

“Such an action could only be contemplated by an irresponsible state,” said Prime Minister’s Special Assistant on Foreign Affairs Tariq Fatemi while leading Pakistan’s delegation to the meeting of the foreign ministers of OIC member states in Tashkent, Uzbekistan.

India’s revocation of Indus Water Treaty will be considered an act of war: Aziz

Fatemi accused India of pursuing a policy of destabilisation in its neighbours and strongly condemned the state-terrorism it has let loose in Occupied Kashmir, a Foreign Office statement said.  He called for a fair, independent and transparent inquiry into grave human rights violations by Indian security forces in the occupied territory and urged the international community to reject Delhi’s claim that Kashmir is an integral part of India.

Calling the claim as ‘ridiculous’, Fatemi pointed out that Jammu and Kashmir dispute is recognised by the UN as an international dispute between two sovereign member-states. He called upon the Muslim Ummah to continue its support for the Kashmiris in their just struggle for the right of self-determination.

The special assistant also expressed Pakistan’s strong support for the right of the Palestinians to self-determination in accordance with the relevant UN Security Council resolutions.

The two sides discussed the entire spectrum of bilateral relations including political, economic, educational and cultural cooperation. Noting with satisfaction the positive trajectory in the bilateral relations, they agreed to further expand the existing cooperation in the fields of trade and investment.

Acknowledging the deepening defence ties they agreed to further strengthen cooperation in this area. A wide range of regional and multilateral issues were also discussed.  The Italian side was apprised about the recent developments in the region, including the current situation in the IOK and the massive human rights violations that were being committed by the Indian security forces.

The Pakistan side also briefed about the efforts to facilitate an intra-Afghan reconciliation. The Italian side acknowledged the important role being played by Pakistan in promoting peace and stability in the region.

The two sides expressed satisfaction at the close cooperation between Pakistan and Italy at various multilateral fora, including the UN, and agreed to intensify this cooperation.

These annual consultations, at the foreign secretary level, are part of the institutional mechanism established under the Pakistan-Italy Enhanced Strategic Engagement Plan concluded in 2013.