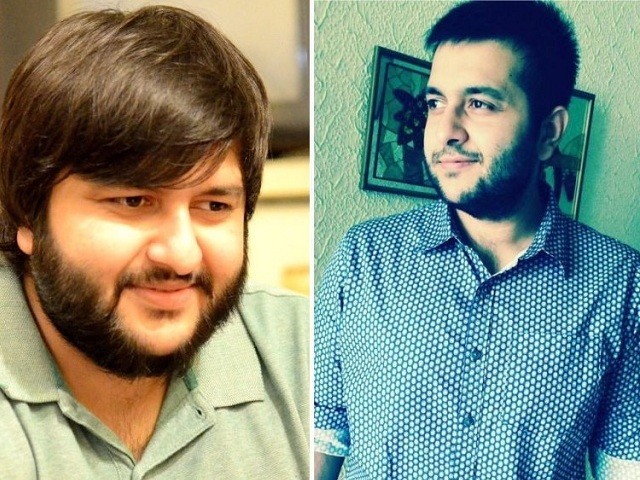 He lost 120 pounds to fight obesity. Now he wants to help others do the same. PHOTO: UMAR MAJEED

Umar Majeed was obese by the age of 24, tipping the scales at almost 300 pounds – that’s just over 130 kilos. Rather than living his life with reckless abandon like most of his peers, Umar faced debilitating health issues and crises of self-esteem.

“My doctor had prescribed medication as I was developing high blood pressure. My health had started to become a big problem, my mother would cry constantly [because of my condition],” he recalls.

It was at this point that the Pakistan-based techie realized he needed to take control and inculcate some serious changes in his lifestyle.

“I’ve been a digital marketer and blogger for almost 10 years now, so I did what I knew best. I googled how to lose weight and used to stay up all night searching for best practices,” he explains.

The approach worked. Within 10 months, Umar lost roughly 120 pounds. The effect it had on his physical appearance, health, and general outlook was stark.

“People I hadn’t met for months couldn’t recognize me. I started feeling much better about myself and eventually gave up medication too. Many reached out asking for help and advice to tackle their own weight issues,” Umar says.

The 10 months he spent implementing radical lifestyle changes also made him aware of the emotional pitfalls that come with such an endeavor. He explains that any journey of weight loss is “incredibly difficult,” and remaining motivated and committed is the biggest challenge.

“For an obese person, their self-confidence is very different than normal people. It’s shattered. You feel embarrassed, socially awkward, and prefer to live life as a hermit. Consulting a nutritionist isn’t easy either,” he says.

After going through this painful struggle, Umar wanted to help others who face similar issues. That’s why he started Nutright, a weight loss program inside an app.

“What we’ve made with Nutright is that people can just pick up their phones and talk to a nutritionist directly. There’s no need to go and meet someone for expensive consultations,” he says.

The app, which launched very recently, operates on a freemium model. After signing up and registering, it prompts you to fill out a short assessment test, measuring things like your height, gender, weight, age, and water intake. It’ll then tell you your current health status, including the Body Mass Index (BMI) and ideal weight.

After determining how much weight you need to lose, the app will suggest a time period and recommended exercises. If users sign up for the premium plan, they’ll get personalized daily meal plans, direct access to a nutritionist, and a much more thorough exercise regimen.

There will also be weekly calls to monitor progress and make sure users are sticking to the requirements.

So how’s Nutright different from other online weight loss solutions? Umar says it’s the personalization that comes with the service as well as its low cost. He takes the example of US-based Precision Nutrition which charges approximately US$229 per month for a similar program.

“We’re priced at just US$25 a month for our premium service,” states Umar.

Other nutritionists in the US can charge anywhere between US$100-250 an hour for their time.

The team also takes into account factors like food preferences and income levels to suggest meal plans that are appealing and won’t break the bank. There are two nutritionists working full-time, with Umar planning on adding more as traction builds.

There are roughly 8,000 monthly active users with around 60 people who’ve signed up for the premium service.

“I have been bootstrapping it for quite a while now. I quit my job and sold two cars to raise cash. I’m determined to make this work,” smiles Umar.