Canada mosque vandalised for second time in a row

Canada mosque vandalised for second time in a row

Glass on the front door of the Ranchl­ands Mosque in northw­est Calgar­y was smashe­d
By News Desk
Published: October 18, 2016
Tweet Email 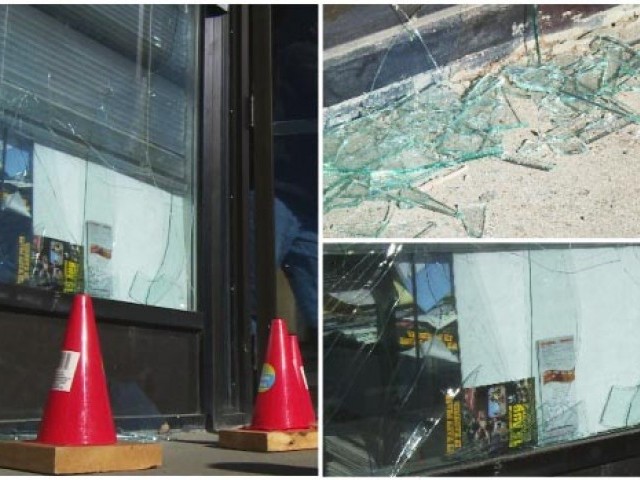 A Canada mosque was vandalised in an apparent anti-Muslim hate crime for the second Friday in a row, CBC News reported.

The glass on the front door of the Ranchlands Mosque in Calgary, Alberta was smashed, officials from the Islamic Association of NW Calgary (IANWC) said. A sign indicating that the mosque was open during construction was also thrown in the parking lot, they said.

The incident reflects a similar incident last week at the southeast Islamic centre in Queensland, where the glass on the entrance was smashed and the Holy Quran desecrated. “IANWC firmly believes in harmony, peace, and love for everyone in and around our neighbourhood,” said Dr Abdur Rahman, IANWC chairman in a statement on Saturday.

Beenish Khurshid said it was disappointing to see the damage at the mosque, but says she isn’t afraid. “It was a little bit hurtful, but really that’s just a small minority of the population that acts like this,” Khurshid told CBC News. She said the majority of Canadians are quite welcoming and the Muslim community enjoys the love and respect they receive.

Rahman said IANWC members enjoy good relations with their neighbours. “We partnered with Ranchlands Community Association to organise this year’s ‘Stampede Breakfast’. And every year, about 100 Muslim volunteers shovel snow on Christmas day in the neighbourhood. Next month, the mosque will open its doors for all community members to visit, in an event called ‘Our House is Your House’.”

The two incidents this week are the latest in a series of attacks on religious groups in Alberta. Earlier this month, about 40 anti-Muslim posters were put up around the University of Calgary campus.