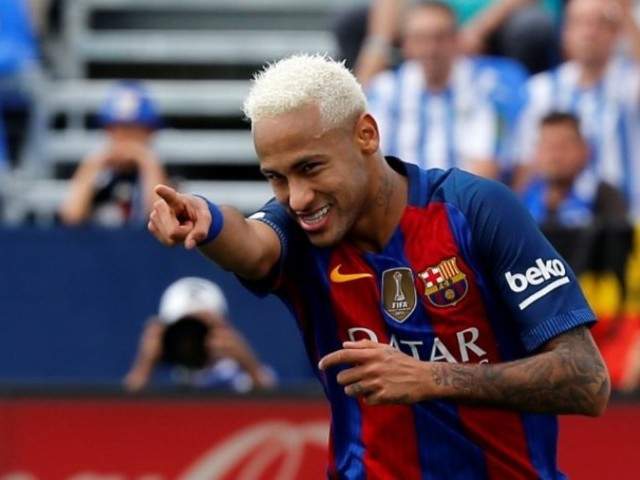 Barcelona midfielder Ivan Rakitic believes his club teammate Neymar is set to become the next best player in the world after Argentina’s Lionel Messi.

Since arriving at the Camp Nou in June 2013, Neymar has netted 59 goals in around 100 La Liga appearances and has won two top flight titles as well as the Champions League.

He also came third in the FIFA Ballon d’Or awards behind team mate Messi and Real Madrid’s Cristiano Ronaldo in January. “If we speak about the best, it is Leo Messi,” said Rakitic. “But Neymar is on the way to be the next best.”

The Croatia international also believes that the Catalan club should try to make Neymar sign a new contract, which should include a buyout clause which will be out of reach for most of the clubs around the world.

“I think the best thing for the club will be to sign a new contract with him and maybe they can put a buyout clause as high as possible,” he said. “He scored [nearly] 300 goals and he’s only 24. He’s really special and he will be the next Messi for sure.”

Rakitic, who joined Barca in June 2014, believes striker Luis Suarez’s spell at Liverpool made him the most feared striker in the world.

Suarez was the top scorer in the Premier League and claimed the Professional Footballers’ Association and Football Writers’ Player of the Year awards at Liverpool in the 2013-14 season, inspiring the club to second-place top flight finish.

“The years at Liverpool were really important for Luis,” he added. “There he takes the change from a good player to be the best striker in the world and then do the next step at Barcelona.

“When he’s not playing, it feels something’s wrong. Luis is one of the most important players for us. He’s a really good guy in the dressing room, one of the most open people who likes to joke.”