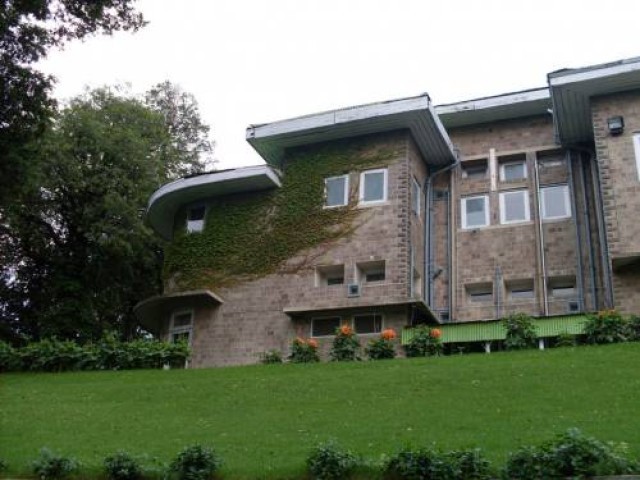 The restoration and conservation of the building was among the significant projects proposed under the “Murree Development Initiatives” announced earlier this year. PHOTO: FRIENDSKORNER.COM

The 19th summit of the South Asian Association for Regional Cooperation (Saarc) was originally scheduled in Islamabad on November 15-16 but following diplomatic tensions between India and Pakistan, the moot has been postponed for an indefinite period.

The government had renovated the entire exterior as well as the interior décor of the historic building of early post-modern architecture with a mix of Edwardian character.

Punjab government’s urban sector planning arm, The Urban Unit, had prepared and procured the ‘Conservation/Restoration of Government House Murree Project’, while the National College of Arts (NCA) was among its lead consultants.

High-profile architects, engineers, interior designers and artisans were hired to manufacture, restore and conserve the historic building and its antique-style interior.

Official documents show the government issued three main tenders with an accumulated cost of Rs235 million with Rs91 million reserved for internal civil works; Rs48 million for external civil works, construction of a kitchen and Public Health Engineering Design; and Rs96 million set aside for heating and cooling of the space.

Project documents show the government constructed a new dining room and a store next to the kitchen on the lower level, extended the existing barbeque lawn, expanded and modernised the kitchen, upgraded the sewerage system within the main building, built new washrooms, constructed security huts, repaired the existing internal retaining walls as well as the external boundary of the rest house.

Recently, Lahore’s Parks and Horticulture Authority (PHA) also floated a tender with an estimated cost of Rs11 million for the soft landscaping of the Murree house and its adjoining areas. However, the authority had to cancel the tender earlier this month after the Saarc summit was cancelled.

In official documents, the government reasoned that the rest house’s condition has dilapidated over the past years and its conservation and restoration to its original grandeur was of vital importance. The prime minister has termed the building a historical marvel, which should be preserved and restored in a befitting manner.

The restoration and conservation of the building was among the significant projects proposed under the “Murree Development Initiatives” announced earlier this year.

The Saarc conference in Islamabad made the building a high-priority and time-bound project because the premier desired to conduct important activities at this place during the regional summit. The task of its conservation and restoration was to be completed by September.

The project scope was of complex nature, covering the rehabilitation and sustentation of its original façade. The building requires specialised woodwork and lime regeneration work.

Tour operators for Hindu, Sikh devotees in the offing