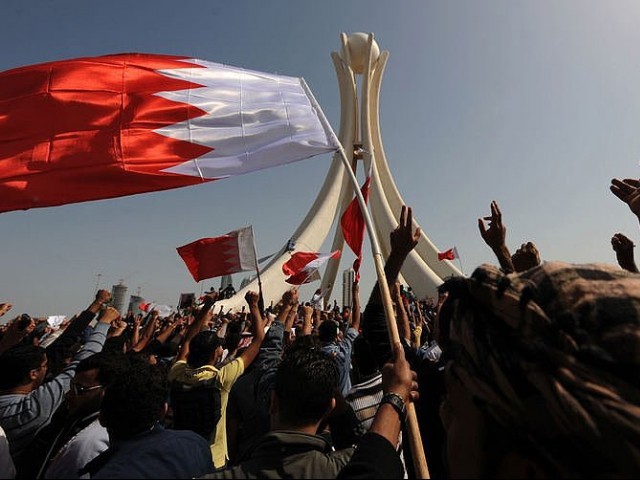 DUBAI: Saudi Arabia, shaken by the loss of a key ally in Egyptian President Hosni Mubarak, must now worry that protests in neighbouring ally Bahrain may embolden its own Shiite population to push for reform.

Thousands of overwhelmingly Shiite protesters, inspired by uprisings in Egypt and Tunisia, took to Bahrain’s streets this week demanding more say in the Gulf Arab kingdom where a Sunni Muslim family rules over a majority Shiite population.

Bahraini police stormed a protest camp in the island state’s capital early on Thursday, killing three people. Soldiers in armoured vehicles then fanned out across Manama.

Risks of instability in Saudi Arabia, where Shiites make up about 15 per cent of the population, would soar if the opposition in Bahrain toppled the ruling al-Khalifa family, analysts said.

“(Saudi) Shiites will seek greater social, economic, and religious equality,” said Ayham Kamel, an analyst at Washington-based Eurasia Group. “This will present serious long-term challenges to the (Saudi) royal family, particularly as they prepare for a generational transition of power.”

Bahrain was to host a meeting of Gulf foreign ministers on Thursday, showing the region’s alarm that popular unrest rocking other Arab states could spread even to Gulf oil producers.

Most of Saudi Arabia’s Shiites live in the Eastern province, home to most of the kingdom’s oil wealth.

Regional heavyweight Saudi Arabia and the United States, which bases its Fifth Fleet in Manama, both view Bahrain and the al-Khalifa family as a bulwark against Shiite Iran.

“We would expect Saudi Arabia to provide logistical and military support to the Bahraini monarchy if needed,” said Farouk Soussa, Middle East chief economist at Citi in Dubai.

He said Bahrain could see prolonged confrontation but regime change was highly unlikely because of Saudi backing for the ruling family in a close neighbour in which it has key interests.

“Economically, Saudi has enormous leverage as it is custodian of most of Bahrain’s oil production, which is derived from the shared Abu Saafa oil field,” Soussa said, of the offshore oil produced by Saudi Aramco and shared with Bahrain’s refiner.

The US naval base in Manama is vital for Riyadh, providing US military protection of Saudi oil installations and the Gulf waterways on which its oil exports depend, without any Western troops present on the soil of the kingdom, Islam’s birthplace.

Saudi Arabia is unlikely to move quickly and will wait to see how Bahrain, accustomed to low-level unrest, handles the latest protests. Bahraini security forces have clashed sporadically with young Shiite protesters since the mid-1990s.

“Beneath it all, they are likely to be giving the Bahrain monarchy any support that it needs,” said Gala Riani, senior Middle East analyst with IHS Global Insight in London.

“Should it become clear that the regime is in danger, the Saudis will step in.”

The two states, linked by a 15-mile causeway, have close political and economic ties and the kingdom is Bahrain’s largest financial backer. Many Shiites in Saudi Arabia’s Eastern province have family ties with Bahraini co-religionists.

“Saudis consider themselves the godfather of the Bahraini regime,” said Ibtisam al-Qitbi, a UAE-based political analyst.

“There are seeds for disturbance (in Saudi) but you have that security apparatus which is very strong, and the political environment is very, very tight.