Number of reques­ts to Google has been genera­lly rising since it began releas­ing transp­arency data in 2011
By AFP / Tech Desk
Published: October 13, 2016
Tweet Email 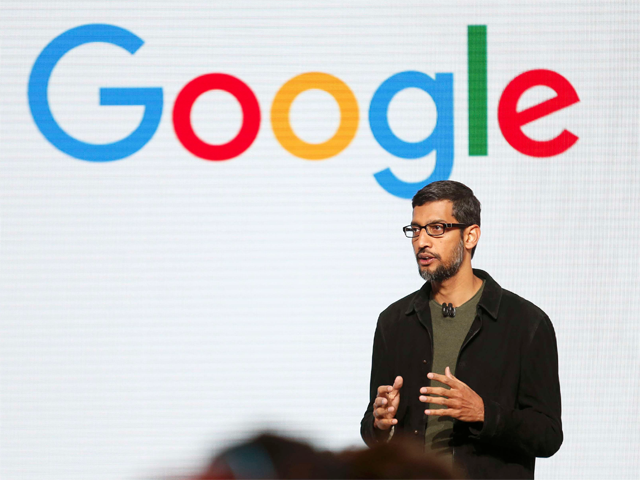 The number of requests to Google has been generally rising since it began releasing transparency data in 2011. PHOTO: REUTERS

WASHINGTON: Google on Wednesday said that data requests from governments around the world hit a record high in the six months ending June, extending a steady rise.

A similar trend was witnessed in the case of Pakistan. During the period of January to June 2016, Pakistan government made eight requests to Google requesting data for 10 accounts/users.

The country ranked 44 on Google’s transparency report. In 13 per cent of the cases, the tech giant provided some data to the government.

During the corresponding period last year, Pakistan made four requests for the data regarding same number of accounts/users. In one of the cases, Google honoured the government’s request and provided data regarding the concern account.

Global data requests up 10 per cent

The 44,943 requests from around the world amounted to a 10 per cent increase from the prior six-month period and a fourth consecutive increase, Google said in its “transparency report.” Google provided at least some data in response to 64 per cent of the requests in 2016, unchanged from the previous reporting period.

The number of requests to Google has been generally rising since it began releasing transparency data in 2011.

The online giant, like other tech firms, maintains that it protects user privacy while cooperating with lawful requests from police and other official agencies.

“As we have noted in the past, when we receive a request for user information, we review it carefully and only provide information within the scope and authority of the request,” Google law enforcement director Richard Salgado said in a blog post.

“Before producing data in response to a government request, we make sure it strictly follows the law, for example to compel us to disclose content in criminal cases we require the government use a search warrant, and that it complies with Google’s strict policies (to prevent overreach that can compromise users’ privacy).” In the latest report, the United States had the largest number of requests at 14,169, with data supplied in 79 per cent of those cases.

The company said it received its first-ever requests from Algeria, Belarus, the Cayman Islands, El Salvador, Fiji and Saudi Arabia in 2016. Google did not agree to provide data in any of those requests, according to the report.