"Waseem though­t he would be impris­oned for just “two to three months and then after he will be free," says Mai
By AFP
Published: October 12, 2016
Tweet Email 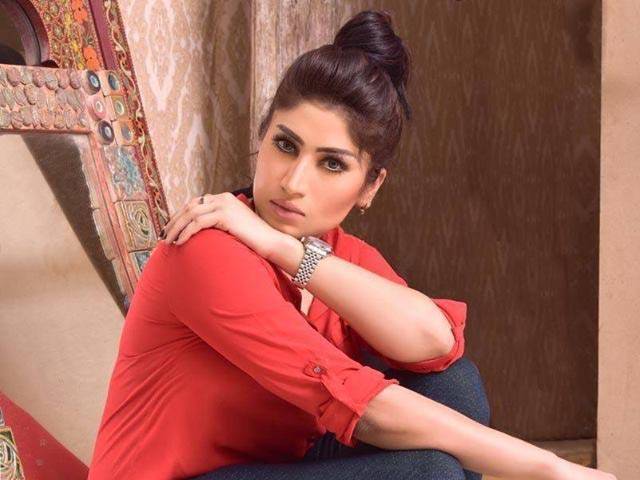 Lawyers told AFP the wording of the legislation, aimed at mandating a life sentence for honour killings, still leaves too much up to a judge’s discretion. PHOTO: FACEBOOK

ISLAMABAD: Days after parliament adopted legislation toughening up penalties for honour killings, the father of slain social media starlet Qandeel Baloch ruled out the possibility of pardoning his son for the high-profile murder.

“There is no pardon from our side,” Baloch’s father Muhammad Azeem told AFP, calling for his son and the three men accused with him to be punished “at the earliest. They should get life imprisonment or death — I will feel happy”.

He and his wife, Baloch’s mother Anwar Mai, said they had been unaware of the change in the law, which came three months after their daughter’s death sparked revulsion in the country and abroad.

Their son, Mai said, had not understood the repercussions the murder would have. The death of Baloch reignited polarising calls for action after her brother admitted killing her.

His mother said this weekend that he had thought his parents would become the only complainants in the case, which under previous legislation would have allowed him to escape punishment if his family had forgiven him.

Waseem thought he would be imprisoned for just “two to three months and then after he will be free, he was not aware that this would become a high-profile case”, Mai told AFP.

Lawyers told AFP the wording of the legislation, aimed at mandating a life sentence for honour killings, still leaves too much up to a judge’s discretion.

“There is a danger that it can be interpreted to mean that this only applies in cases when there is a disagreement over pardon of the offencer,” said criminal law professor Abira Ashfaq.