'Raymond Davis does not have blanket immunity'

'Raymond Davis does not have blanket immunity' 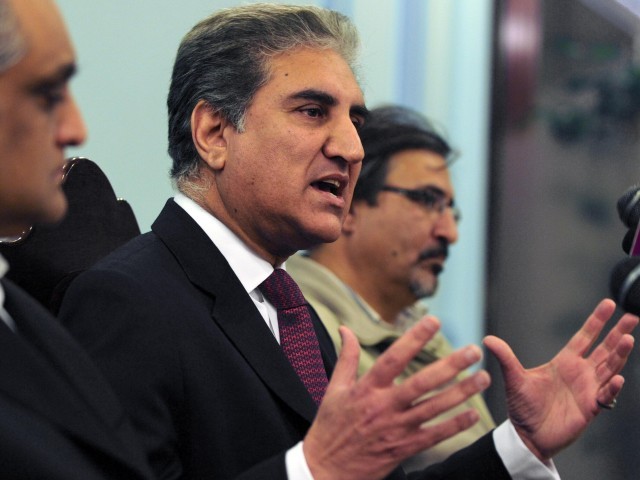 Qureshi was recently dropped out of the newly appointed cabinet “over his divergent opinion on the Raymond Davis issue”. His vocal stance has invited scathing criticism from colleagues in the party.

Addressing a press conference in Islamabad after his meeting with US Senator  John Kerry, Qureshi said his stand is principled and not personal. “I will support truth and justice,” he said emphasising that he understands the importance of US-Pak relations.

He said that following the January 27 incident and after consultations with experts he was not persuaded by US claims that Raymond Davis was immune from prosecution.

Qureshi said he stands by his words, adding that the integrity of Pakistan has been his top priority.

“I was given a briefing by the experts in the foreign ministry who said that in their opinion the blanket immunity being demanded by the US embassy for Raymond Davis does not apply in this case,” Qureshi said. The former foreign minister also says his meeting with Senator Kerry has been positive and that Pakistan does not want conflict with the US.

Qureshi says he always acted in the best interests of the country and that integrity of Pakistan has been his top priorities. He said his meeting with Senator Kerry has been positive and that Pakistan does not want conflict with the US.

“If summoned by the court, I will give my opinion with honesty,” Qureshi said.

Qureshi refuted allegations made against him in the past few days. Responding to allegations of being sympathetic to former president Pervez Musharraf, he said”I was a part of a Pakistan Peoples Party (PPP), I am part of PPP and my relation with the PPP will continue because I believe in the principles of Shaheed Zulfiqar Ali Bhutto and the sacrifice of Benazir Bhutto.”

Earlier, media reports had quoted a Pakistani official as saying that Davis has diplomatic immunity and the case for this would be presented in court. Requesting anonymity, the official said, “We will present all relevant laws and rules about immunity before the court and will plead that prima facie it is a case of diplomatic immunity. But it is for the court to decide.”

The Foreign Office (FO) on Wednesday brushed aside reports circulating in the media regarding its position on Raymond Davis’ immunity.

Earlier, there were reports that the foreign office had written a letter to the law ministry confirming that Davis had diplomatic immunity.

The row over the case of Raymond Davis shot dead two men in Lahore in what he said was a move in self-defence, has strained relations between the two allies. While the US insists Davis has diplomatic immunity and should be released under the Vienna Conventions, Pakistan has so far refused to come under US pressure saying that the matter is sub judice and the law should be allowed to take its course.  Police investigations and the subsequent charge-sheet submitted to the court by the police however says Davis was not acting in self-defenc­e and that the shooting was intent­ional murder.