Cabinet grants PM power to approve projects worth over Rs30m

Cabinet grants PM power to approve projects worth over Rs30m 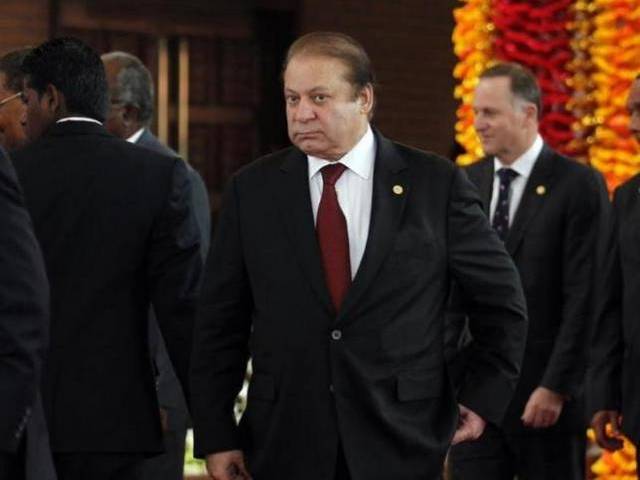 ISLAMABAD: The cabinet has given discretionary powers to Prime Minister Nawaz Sharif to approve gas, power schemes and infrastructure projects worth over Rs30 million before the upcoming elections under the government’s three-year development package called ‘Wazeer-i-Azam Qaumi Taraqiati Programme 2016-18’.

According to officials, the cabinet, in its meeting held on September 30, approved the set of package for development schemes.

Although the cabinet was informed that the development programme was of a non-political nature, the prime minister was given discretionary powers to approve development projects worth over Rs30 million.

During the meeting, it was also informed that at least 15 residents of an area or civil society or organisation would make the request for intervention.

The request would then be forwarded to the division commissioner concerned or relevant executing agencies for processing.

The cabinet was further informed that electrification schemes would also be launched to provide electricity connections to more villages and rehabilitation of electricity distribution infrastructure projects would also be initiated under the programme.

During the present government’s tenure, 500mmcfd gas was added into the system from new gas fields but more than the said amount depleted.

Despite that, the cabinet approved of laying additional pipelines to give more connections to new customers.

The cabinet furthermore decided to lay the missing gas infrastructure to provide more gas connections under parliamentarians’ scheme, subject to availability of gas, duly certified by the Ministry of Petroleum and Natural Resources.

Concerning the social sector, it was decided to construct new schools, up-gradation or uplifting of existing schools including provision of missing facilities.

In municipal sector, water supply schemes and filtrations plants would be set up while in the infrastructure sector, construction and rehabilitation of farm to market roads was approved.

It was also decided to construct or repair roads in district or provinces.

The cabinet observed that the PPRA rules would be followed wherever applicable and divisional commissioner and executing agencies would be responsible for ensuring the quality of work and furnish to the cabinet division the monthly progress on physical work and use of funds.

Moreover, schemes identified for a specified financial year will be completed within the same year. No cost overrun will be admissible and there will be no cushion available to meet any extra cost on any account. Additional funding and throw-forward will not be permissible. Savings against the schemes completed will be surrendered immediately on completion of the scheme without waiting for closing of the financial year.

Expenditure will not be incurred on purchase of equipment, vehicles, furniture, salaries, printing of diaries, holding of official meetings.

Similarly, no administrative overheads will be charged by any agency for execution of schemes.

Also, no new schemes will be entertained against savings of the originally funded schemes. The funds distribution would be subject to normal accounting and audit procedures of the government of Pakistan.