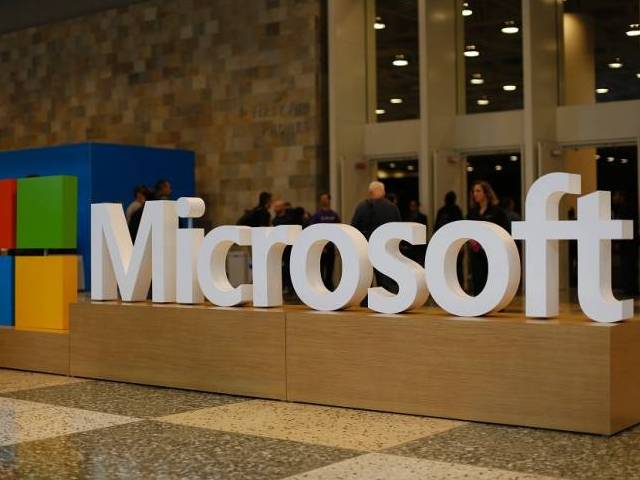 The company send out invites on Friday for a New York City event. PHOTO: AFP

On Friday, the tech giant invited the media to a New York City event slated to be held on October 26.

The tech giant revealed an array of gadgets at its 2015 event which included Surface Book — a laptop with an innovative hinge design — and the 2 in 1 Surface Pro 4 laptop.

Rumors circulating around Microsoft’s next wave of innovation suggested it was working on a new Windows phone or updates to its Surface Pro and Surface Book laptops. However, sources now suggest otherwise, saying the event could feature  HoloLens, Xbox and new Windows PCs.

The event could also feature an update on the eagerly-anticipated Xbox Project Scorpio game console.

One-year programme: Microsoft to train 30,000 students in IT

The level of secrecy surrounding the event and its timing, coming in just before the holiday season, along with the fact that smartphones and laptops may not be a part of the event suggest that the tech giant might be up to something big.

What the company will reveal we’ll only know for sure on October 26.

Beijing, Shanghai propose curbs on who can drive for ride-hailing services