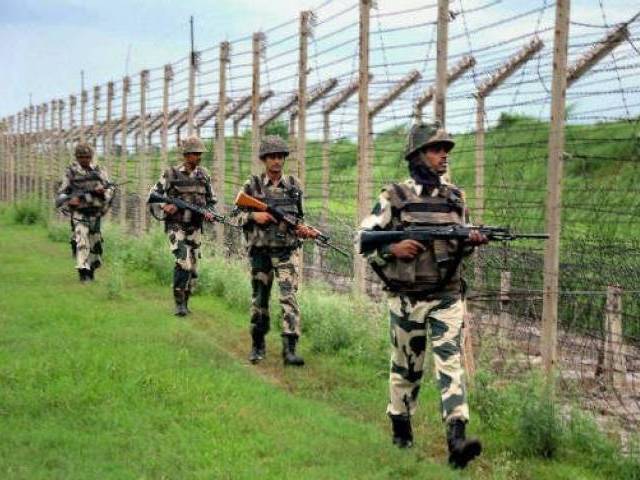 Pakistan’s envoy to India has said Islamabad never wanted any escalation in tensions with New Delhi.

“We never wanted to escalate the situation either vertically or horizontally,” High Commissioner Abdul Basit told the Outlook magazine in an interview published on Friday. “Pakistan has always proportionately responded to whatever [ceasefire] violation has taken place in the past. That continues to be our stance,” he said.

In reply to a question about what he thought happened on the night of September 29 – the night India claimed its army carried out ‘surgical strikes’ on the Pakistan side of the Line of Control (LoC) – Basit said: “If you  [India] want to label cross-LoC firing as surgical strikes, that is your prerogative and we can’t stop you.”

“But I can assure you, had there been any surgical strikes, Pakistan would have responded immediately and proportionately. If there is any action from the Indian side, you can rest assured Pakistan will respond.”

Basit, however, warned that India was setting a dangerous precedent by claiming to carrying out covert raids across the LoC. “It is very dangerous to nurture false expectations. There are high stakes involved on both sides,” he said. Asked why he thought Delhi would mislabel ‘routine operations’, the envoy replied “it is for India to explain.”

He added that “we are very confident that our deterrence is working and Pakistan will never allow the credibility of its deterrence to erode.”

Basit also criticised Delhi’s attempts to portray an indigenous freedom movement in Indian-Occupied Kashmir as ‘cross-border terrorism’. “When you look at the Kashmir problem through the prism of terror, it results in a wrong diagnosis and prescription,” he said.

“When thousands of Kashmiris attend Burhan Wani’s funeral, you cannot deny that it is a legitimate and indigenous struggle. You cannot expect this movement to peter out and therefore it is important to look at the situation realistically.”

US confident about Pakistan’s nuclear security