Pakistan will win any war against India

Pakistan will win any war against India

Too long have we danced to the beat of India on all our mehndi­s and dholki­s
By Shehzad Ghias
Published: October 3, 2016
Tweet Email 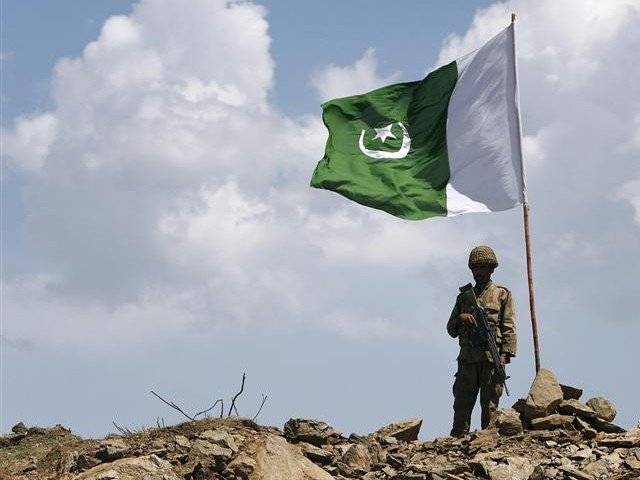 A soldier stands next to a Pakistani flag. PHOTO: REUTERS

India has been threatening war against Pakistan but there is no war in which India can ever beat Pakistan. No Pakistani is afraid of war: Everyone is brave enough to put up a status online asking for war. As long as I do not have to fight in it, I support every war.

If it makes me feel better to upload a cover photo with the Pakistani flag, why should I care about helping to create social conditions where thousands of people can die? I do not even care about causing accidents on the road after painting both my car’s windscreens green and white.

In many ways, I am also a soldier. I have waged a war against India for a decade in Facebook comments. I am particularly proud of all the times I have referred to ‘India’ as ‘End ya’. In every cricket match after India loses a wicket I tweet the following: “In dia? Nahee, out dia.”

Do you think a country full of people who can come up with such hillarious puns can be defeated by a country where Katrina Kaif can win the Smita Patil Memorial Award?

Even there we beat India. Anyone who saw the movie Border and thought no one can make a worse propaganda movie underestimated the power of Pakistanis.

There is a reason why we have the best spy agency in the world. Every single boy in Pakistan is trained in spy missions. Trying to pick up a girl from her house in Karachi without her mother noticing is nothing short of a James Bond mission. You have to disguise yourself as the driver, strategically park the car at an angle where her mother cannot spot it from the roof and if anybody approaches at a moment’s notice be ready to scream out, “Khuda ki kasam behan hay meri.”

For years the WWE has tried to warn us of the nefarious designs of India’s spy agency by screaming out to us ‘RAW is WAR’ but we never listened. We were blinded by uncle Aman’s daughter Asha and steamrolled by the Samjhota express.

It is time we say enough is enough and engage in an all-out war against India. Every Pakistani is equal to 60 Indians and 2+2 = 22.
We will beat India on the cricket ground. We will beat India at the border. We will go to Mars and beat their satellite there. So what if we do not even get water in the most posh area of Karachi? Beliefs are stronger than science and I believe we will win. I am sure Agha Waqar can build us a satellite that runs on water.

Nawaz Sharif will beat Narendra Modi in an eating contest. Shahid Afridi will beat Sachin Tendulkar in a ‘will not retire’ contest. Humayun Saeed will beat Shahrukh Khan in a ‘will still play a 20 year old in movies’ contest.

Atif Aslam will beat Himesh Reshamiya in an auto tuning contest.
Bilal Khan will beat Katrina Kaif in a more fake British accent contest.
Imran Khan will beat Arvind Kejriwaal in a ‘trust me, we can still win’ delusion.

Mubasher Lucman will beat Arnab Goswami in a shouting match.
Every memon will beat Bappi Larri in wearing more gold in public.
Hamza Ali Abbasi will beat Subramanian Swamy in jingoism.
Every wall being used as a public toilet in Pakistan will defeat the Swachh Bharat movement.

We are the more hip choice for people worldwide. Pakistan – the new and improved India. We can build six Taj Mahals – even if that means spending no money on building schools and hospitals. If it means being better than India then I am sure all people dying from lack of adequate healthcare will understand.

India better not challenge us to another war. There is no way they can defeat us. We will have applications pending for visas for other countries. Every Pakistani will be willing to fly a plane over India, all the way to Australia for safe asylum.

India cannot isolate us from the West. We are the West. Every geographer in the world will tell you that Pakistan is closer to the West than India.