Here's what they have to say
By Entertainment Desk
Published: September 30, 2016
Tweet Email 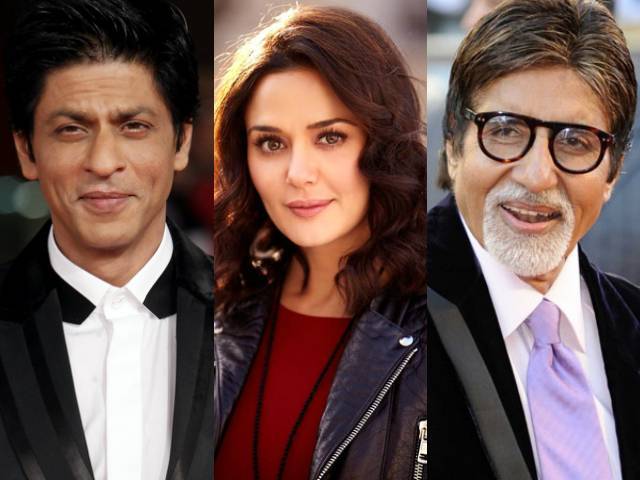 Here's what they have to say.

A belligerent Bollywood has lapped up Indian claims of carrying out ‘surgical strikes’ across the Line of Control — assertions categorically rejected by Pakistan.

Industry heavyweights Amitabh Bachchan and Shah Rukh Khan were among the scores of Indians who jumped on the bandwagon. Read what they had to say here.

Thnx Indian army for the action against terrorism.V should all pray for safety & well being of our Indian soldiers. pic.twitter.com/7gltoNP937

Proud of the Indian Army for successfully carrying out the anti-terrorism operation.Glad the Government took this bold step,was about time!

In full support of the Indian Army and its effort to root out terrorism. #respect https://t.co/nzQeZXCi4p

Hats off to the Indian army for proving that every Indian life matters.#SaluteToTheArmy

Salute to the Indian army,we once again stand united for war against terror #ProudIndian

Proud of our army they are the pride of our nation #IndianArmy https://t.co/4oBCOnEktb

Thank you @adgpi Indian Army,for the much needed strike on terror camps in POK. You have made the world a lil safer .. JAI HIND #salute

Super proud that terrorism is spoken to in the language they understand.Let's unite borders by uniting against terrorism. #IndianArmy ki Jai

Proud of our Indian Army & many Congratulations to our Indian Government for their effective steps against terrorism. #IndiaFirst #JaiHind

I called a dear friend in the Army & Congratulated him for this strong reply to #Terrorism. This is what he said… https://t.co/UuosoMnWTr

Salute the Indian Army, for protecting our national security with a strong reply to the terrorists. #SurgicalStrikes #IndianArmy

Terrorism of any kind should be surgically removed and that's why it's important to do #SurgicalStrikes – #IndianArmy bravehearts !

Seems Bollywood is in no mood to cross check facts. “India’s claims of surgical strikes are baseless,” DG ISPR Asim Bajwa said in a recent statement. “There has been no surgical strike by India, instead there had been cross border fire initiated and conducted by India,” it reads. The military’s media wing added, “As per rules of engagement same was strongly and befittingly responded by Pakistani troops.”

“This quest by Indian establishment to create media hype by re-branding cross-border fire as surgical strike is fabrication of truth,” the statement said. “Pakistan has made it clear that if there is a surgical strike on Pakistani soil, same will be strongly responded,” it went on to warn.