This decisi­on was taken by Shah while presid­ing over a meetin­g to review law and order arrang­ements­
By Our Correspondent
Published: September 30, 2016
Tweet Email 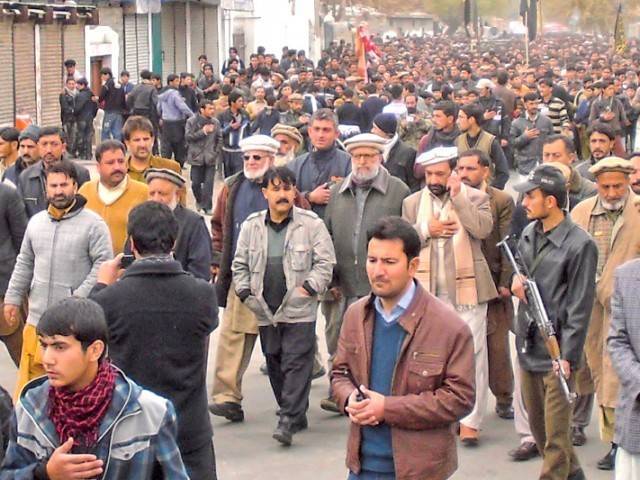 KARACHI: Sindh government has decided to impose a ban on pillion riding for three days and suspend mobile service on Ashura on the recommendation of the law enforcing agencies.

This decision was taken by Shah while presiding over a meeting to review law and order arrangements during Muharram at CM House on Thursday.

The meeting was informed that the deployment of police and Rangers in the areas of majalis and processions has been finalised. Arrangements for installing walkthrough gates and sealing of adjoining exit and entry points will also be made.

Police and Rangers have already started conducting targeted operations in different areas of the city and arrested terrorists. The security plan has been made in accordance with the information given by the arrested suspects.

The CM directed the chief secretary to again coordinate with power distribution companies to ensure uninterrupted power supply during the first 10 days of Muharram. He asked the water board to keep their drainage system functional and ensure smooth supply of water to the citizens.