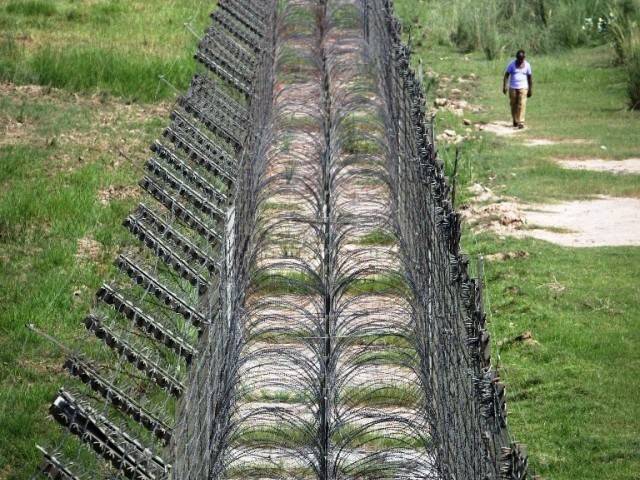 MUZAFFARABAD: Two Pakistan Army soldiers were killed on Thursday as Indian forces resorted to unprovoked firing along the Line of Control (LoC) in Bhimber, Kel and Lipa sectors.

According to the ISPR, exchange of fire took place in the Bhimber, Hot Spring, Kel and Lipa sectors, and lasted about six hours early on Thursday, the Pakistani military’s press wing said in a statement, adding Pakistani troops mounted a fitting response to unprovoked Indian firing.

The two nuclear-armed rivals declared a ceasefire in 2003, to maintain peace and tranquility along the LoC and Working Boundary.

Speaking to The Express Tribune, Rub Nawaz from Battal sector said India’s days were now numbered. Nevertheless, he expressed hope for peace to prevail in the region.

“If India tries to impose war on us, we will teach them a lesson, they will remember for generations. Fighting with Pakistan does not mean fighting with the Pakistan Army only. The entire nation, from Karachi to Kashmir, will be on Pakistan Army’s side during the war,” Leepa valley-resident Munir Akhtar said.

Condemning the ceasefire violation, AJK Legislative Assembly Speaker Shah Ghulam Qadir said, “We still prefer to settle all issues through dialogue, including Kashmir. But, if India thinks it can pressurise us through ceasefire violations, it is living in a fool’s paradise.”

India trying to make fool of its own people, international community: Foreign Office

Pakistan strongly condemned unprovoked ceasefire violation at the LoC by Indian security forces and said the Indian government was trying to make fool of its own people as well as the international community. Spokesperson of the Foreign Ministry Nafees Zakaria speaks at a press conference in Islamabad on September 29, 2016. PHOTO: AFP

“India has deliberately escalated tension at the LoC in order to divert attention from the continued deteriorating situation in the Indian occupied Jammu and Kashmir and horrendous Indian brutalities there,” a statement issued by the Foreign Office said on Thursday.

#LOCviolationbyIndia Pakistan ready to defend its people & territory from any Indian aggression or Indian sponsored terrorism on our soil.

The Foreign Office rejected the Indian claim that it “carried out surgical strikes into Pakistan” and termed it “baseless”.

“The Indian side has chosen to share this falsified claim with the Indian media.”

Warning the Indian government against any aggression on the border the FO said any such action will not go unpunished. “Pakistan is ready to defend its people and territory from any Indian aggression or Indian state sponsored terrorism on Pakistani soil.”