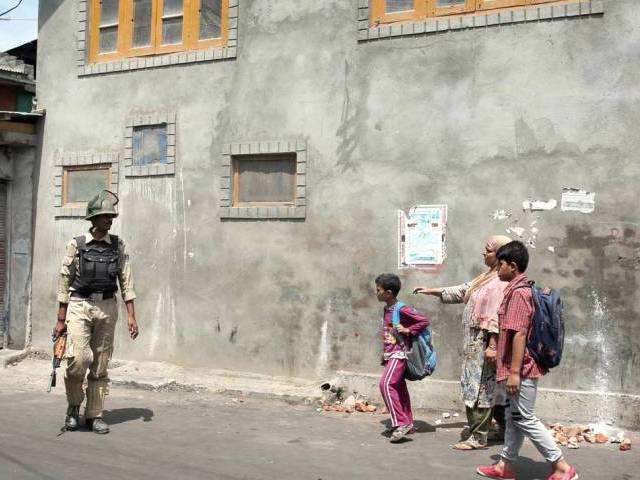 On the 1960s water treaty, Aziz told the National Assembly that “International law states India can’t unilaterally separate itself from the treaty”, saying “this act of revocation can be taken as an act of war”. PHOTO: INP

“The dossier will soon be dispatched to the world leaders,” he said in an interview a day after warning India of grave consequences if it annulled the decades-old water-sharing treaty.

A day after Prime Minister Narendra Modi warned “blood and water cannot flow together”, Pakistan had declared that if India opts out of the Indus Waters Treaty, it would amount to “an act of war”.

Pakistan must remain alert for attack by India: Nisar

The adviser said the dossier will highlight the confessional statement of Indian agent Kulbhushan Yadav and other undeniable evidences.

The relations between Pakistan and India hit a new low after 18 Indian soldiers were killed at an army base attack by insurgent in Uri in Indian Occupied Kashmir on September 18.

PM Modi vowed that the attack would not go unavenged. India is working to isolate Pakistan globally including through the United Nations. Prime Minister Modi has indicated that while he is unlikely to take strong military action, he will move to corner Pakistan strategically.

The adviser hit out at India saying, Kashmir is a disputed issue and Indian External Affairs Minister Sushma Swaraj’s statement on the issue in the UNGA contravenes to the facts.

He pointed out if Kashmir is an integral part of India, why it has deployed 700,000 troops there to suppress the voice of the Kashmiris.

On the 1960s water treaty, Aziz told the National Assembly that “International law states India can’t unilaterally separate itself from the treaty”, saying “this act of revocation can be taken as an act of war”.

Pakistan has also approached the World Bank and the International Court of Justice over the issue.

Indian claims it has so far not fully exploited its 20% share of the water. Yesterday, officials said that will change along with accelerated plans to build new hydropower plants along the three rivers, a move which is certain to irk Islamabad.

The Indus Water Treaty was brokered by the World Bank in 1960 after tough negotiations.