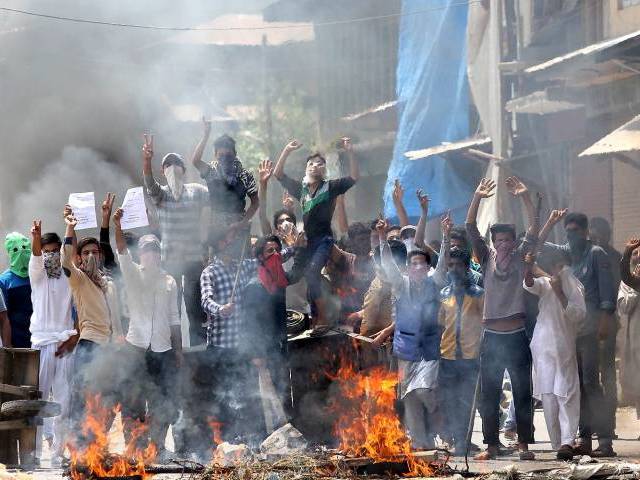 MUZAFFARABAD: Hundreds of people took to the streets of Muzaffarabad after Friday prayers to show their solidarity with the Pakistan Army and to protest against Indian aggression in the disputed territory across the Line of Control.

“We want to tell the Indian civil and military establishment that Pakistan and Azad Jammu and Kashmir (AJK) is not Myanmar. The people of Kashmir know how to defend their motherland along with Pakistan Army,” said Hamid Jameel Kashmiri, a protestor participating in the rally..