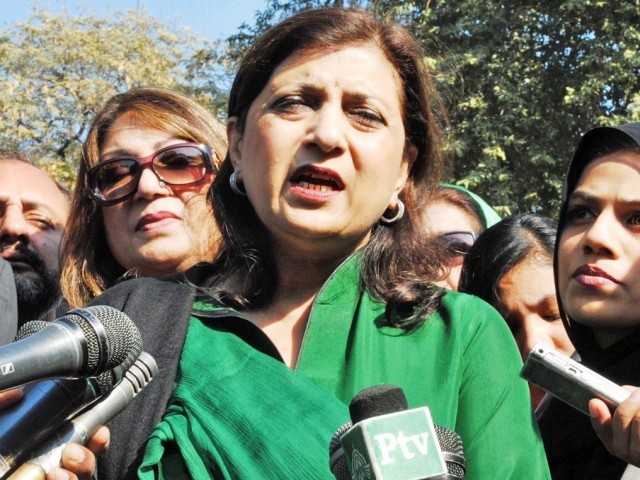 The PPP spokeswoman said the government has to handle the case with care.

Raymond Davis, who is accused of killing two Pakistani citizens in Lahore, is covered by immunity and cannot be kept in confinement, Information Secretary of the Pakistan Peoples Party (PPP) Fauzia Wahab said on Monday.

Talking to media persons during her visit to the Karachi Press Club, she said: “Not just diplomats, but technical staff of consulates also enjoy immunity under the Vienna Convention.”

Wahab reminded reporters of the precarious situation developing after the incident and the chill in relations between Pakistan and the United States and said that the former could not afford any further trouble. She said that the government was handling the matter very carefully.

Wahab said that the US was the largest market for Pakistani products, adding that the country earned more than $4 billion annually from trade with it. “More than a million Pakistanis are living in US, send remittances, which supports our economy. But unfortunately, we are talking against the (same) country and its people without any logic. We should respect and abide by national and international laws,” she said.

Referring to various clauses of Pakistan’s Constitution, she said that the Pakistan Law Digest  “contains (several) judgments of the Supreme Court and high courts also provide diplomats immunity under articles 29 and 37 clause-A”. She also refuted reports that David did not possess a diplomatic visa. “The case is now in courts. Let our independent judiciary decide on it,” she said. Commenting on Shah Mehmood Qureshi’s recent statements, PPP spokesperson said he had violated party discipline and the portfolio of foreign ministry would soon be given to some other party leader.  “Qureshi should abide by party policy and stop making allegations.”

Meanwhile, terming Fauzia Wahab’s statement “personal”, the president’s spokesperson, Farhatullah Babar said: “The party’s position on the issue is unambiguous. The issue is before the court. It is imprudent to comment on it before court’s verdict.” He said that Wahab’s statement was neither party policy nor government policy. “She herself has clarified that it is her personal opinion,” he added.

US Ambassador to Pakistan Cameron Munter met Foreign Secretary Salman Bashir on Monday and repeated the demand for the release of Raymond Davis. According to a TV channel, Munter said Davis enjoyed full diplomatic immunity and hence he should be freed.

Sources said that Foreign Secretary Bashir insisted that it was a sub judice matter, and the judicial procedure should be respected.

He clarified that only the court will decide about Davis. Meanwhile the US Embassy spokesperson has expressed the hope that the Davis issue will be solved soon.