About 1,200 nurses join the strike for non-paymen­t of salari­es for three-and-a-half months­
By AFP
Published: September 19, 2016
Tweet Email 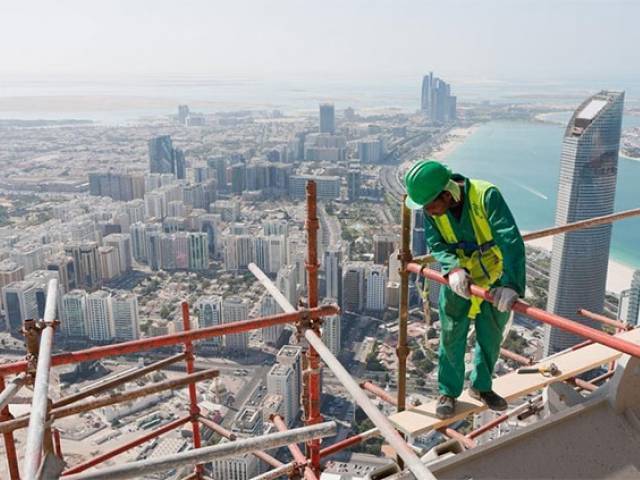 A file photo of an expat working. PHOTO: AFP

RIYADH: Staff at a hospital in eastern Saudi Arabia have gone on strike over unpaid wages, workers said Monday, in the kingdom’s latest case of corporate financial difficulties.

“We are on strike,” a nurse at Saad Specialist Hospital in the Gulf coast city of Al-Khobar told AFP by telephone.

“We didn’t receive any salary for three-and-a-half months,” she said, unwilling to be identified out of fear of being fired.

She said the hospital is part of Saad Group, whose website says the Saudi-based firm runs “diversified businesses” in the Gulf and has investments around the world.

The finance and construction conglomerate controlled by Saudi billionaire Maan al-Sanea made a high-profile and acrimonious split from another Saudi business group, the Algosaibi family, in the wake of the 2008-2009 global financial crisis.

Saudi construction firms have been particularly hard hit this year, with tens of thousands of employees left unpaid.

Sources in March told AFP that delayed receipts from the government, whose oil revenues have slumped over the past two years, had left employees of the kingdom’s construction giants struggling.

“The hospital doctors and nurses are on strike,” a hospital security worker confirmed to AFP.

A spokesman for Saad Specialist Hospital could not immediately be reached for comment.

The nurse told AFP that “almost all” the medical staff, which includes about 1,200 nurses, have joined the strike action in a country where labour unions are banned.

Lower-paid housekeeping and security staff have been paid and remain at work, she said.

“They promised us, after Eid you will receive your salaries but we didn’t,” the nurse said, referring to Muslim holidays last week.

About 100-150 hospital workers stood outside the hospital on Monday morning as part of the walkout.

They also planned to visit the local governor’s office to state their grievances, and if that brings no results they would continue the job action on Tuesday, the nurse said.

Only out-patient clinics are closed during the strike and urgent cases are not endangered, she said.