Only half of the countr­y’s 12.5 millio­n strong labour force insure­d with EOBI
By Sehrish Wasif
Published: September 12, 2016
Tweet Email 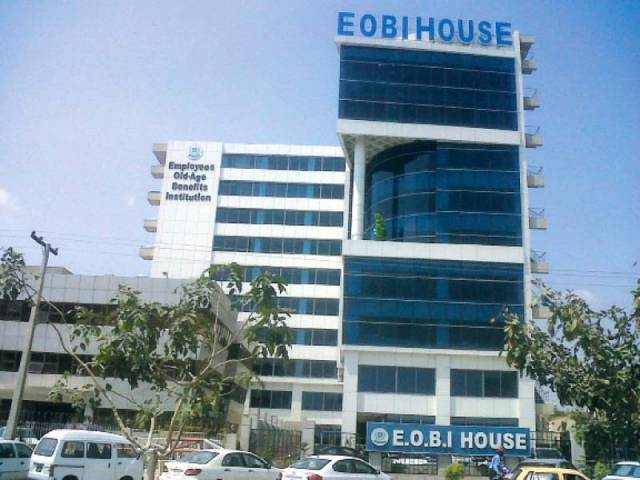 “The most significant issue for the government to take up is the resolution of the issues that have cropped up after the 18th Amendment. Crucial matters need to be taken up in the Council of Common Interest (CCI) on urgent basis,” stated Federal Ombudsman Salman Farooqi in the report. PHOTO: FILE

ISLAMABAD: The Employees’ Old-age Benefits Institution (EOBI) is on the verge of collapse and it should be restructured on an urgent basis before the situation worsens beyond recovery.

This was revealed in a report titled ‘Working of Employees Old-age Benefits Institution (EOBI) and its Recommendations to Re-structure it for Excellence in its Services for 6.5 million workforce’, compiled by the Federal Ombudsman’s Secretariat.

The EOBI currently lacks accurate data as of the 6.5 million registered insured persons, data for only 2.9 million could be matched.

The Secretariat had received 1,011 complaints from its various regions regarding registration under the Act, insurable employment, old-age pensions and grants and survivors’ pensions among others.

Considering the seriousness of the issue, a committee was constituted by the Federal Ombudsman’s Secretariat under the chairmanship of Malik Asif Hayat, the former secretary to the President and former Chairman Federal Public Service Commission (FPSC).

The report paints a gloomy picture of EOBI and highlights a number of shortcomings.

The report suggests that EOBI’s computer system needs to be upgraded. Furthermore, a system should be developed to maintain and update records of different establishments.

Highlighting EOBI’s weak investment team, the report stated that this was the main reason why it was not able to derive maximum investment advantage from available opportunities.

According to the actuarial report, pension funds would start depleting from 2021 and be wiped out by 2027, warns the report. It also cited heavy investments in government securities as a major factor depleting EOBI’s funds.

The report called for increasing the employers’ contribution as according to law, the government contributed to guarantee the minimum pension.

Meanwhile, total labour force in domestic commercial and industrial sectors was 12.5 million, out of which the number of insured persons in EOBI was only 6.5 million. However, the number of active pensioners was just 540,000, barely 50 percent of the total.

“This figure appears (more) dismal when seen in the context of a country having a population approximately to 200 million … The management of the institution (needs) to accelerate the pace of registration of industries and establishments,” states the report.

“The most significant issue for the government to take up is the resolution of the issues that have cropped up after the 18th Amendment. Crucial matters need to be taken up in the Council of Common Interest (CCI) on urgent basis,” stated Federal Ombudsman Salman Farooqi in the report.

It recommends that for better returns to investors, it is important to design assets allocation strategy for a 10-year cycle with assets classes of fixed income, equity, real estate with percentage allocation within framework of investment rules.