Shahid shot Didar after she asked for her money
By Our Correspondent
Published: September 11, 2016
Tweet Email 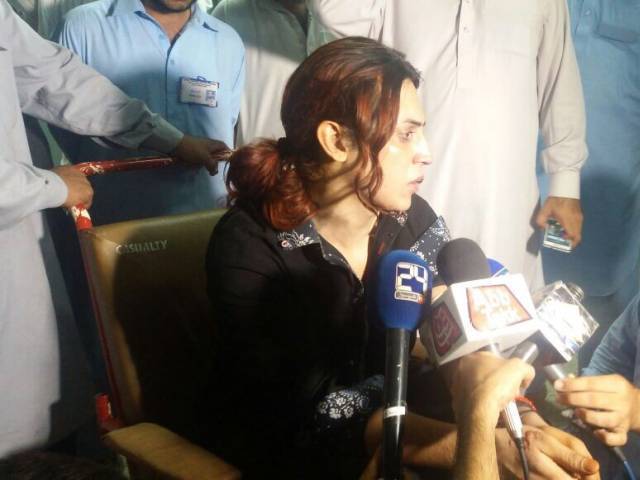 In August, four people who are transgender were physically assaulted and tortured in Kachi Mohalla of the city. PHOTO: EXPRESS

PESHAWAR: A transgender rights activist, Didar, was shot and injured on Saturday in Bara Gate area within the jurisdiction of Pishtakhara police station.

She was rushed to Khyber Teaching Hospital (KTH) where her condition is said to be stable. She was shot on her hand.

A police official told The Express Tribune Didar had lent money to a person, Shahid, and wanted it back. She visited Shahid’s house for this purpose where he shot her.

“She is slightly injured, but her life is out of danger,” he said.

While talking to The Express Tribune, rights activist Taimur Kamal said Didar was a dancer, actor and activist.

“She has been shot and taken to the hospital,” he said, adding violence against the transgender community was on the rise and nothing has been done to address this scourge of violence.

However, Pishtakhara ASP Waseem Riaz said Shahid was arrested and the pistol he used to shoot Didar was also confiscated from him.
He quoted Didar as saying that she had lent Rs340,000 to him. She added when she went to his house to take her money, he shot her.

In August, four people who are transgender were physically assaulted and tortured in Kachi Mohalla of the city.

While speaking to The Express Tribune, Paro, a person who is transgender, had said two men, Mani and Hamza, invited them to perform at a musical programme. She added while she, Ayesha, Gulalai and Zamurd were performing, more than three men physically tortured them by saying they were spreading vulgarity.

“The culprits also took away a gold locket and cash and fled from the site.”

Paro had said they went to the police station to file a complaint, but officials were reluctant to file an FIR.

In July, Osman, a resident of Momin Town, had tried to set ablaze the house of Arzo, a person who is transgender.

In May, transgender rights activist, Alesha was shot multiple times. She was admitted at Lady Reading Hospital for treatment, but later died.

Lapses in fund: Shortfall of $575.1 million for reconstruction in FATA