The victim was rushed to a nearby hospit­al where her condit­ion was pronou­nced stable­
By Our Correspondent
Published: September 10, 2016
Tweet Email 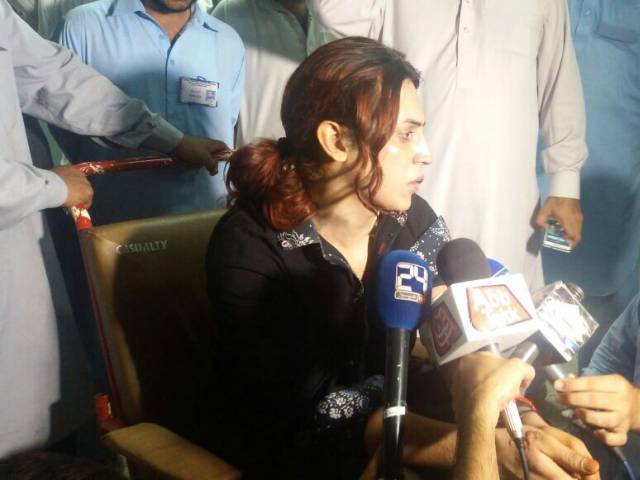 The victim was rushed to a nearby hospital where her condition was pronounced stable. PHOTO: EXPRESS

PESHAWAR: A transgender rights activist was shot and injured on Saturday in Baragate area of the Pishtakahara police station in Peshawar.

The victim, Didar, was rushed to the Khyber Teaching Hospital (KTH) where her condition was pronounced stable as she had received a bullet wound on her hand.

“She has been shot and taken to hospital,” he said, adding that violence against the transgender community was on the rise these days.

A police official added that Didar had lent some money to a man named Shahid who wanted the money back. Upon visiting his house to collect the money Didar was shot at.

“She is slightly injured and her life is out of danger. She has yet to nominate someone in the FIR,” he added.

Meanwhile,  witnesses said the injury was self-inflicted as it was fired on the activist’s palm. SP Cantt Station said legal action could only be taken after medico-legal findings.

Earlier, a transgender person in Mansehra was critically injured after being shot multiple times for allegedly resisting sexual advances of a group of armed men who barged in to her house.