Kuwait wins approval for setting up oil refinery in Balochistan

Kuwait wins approval for setting up oil refinery in Balochistan 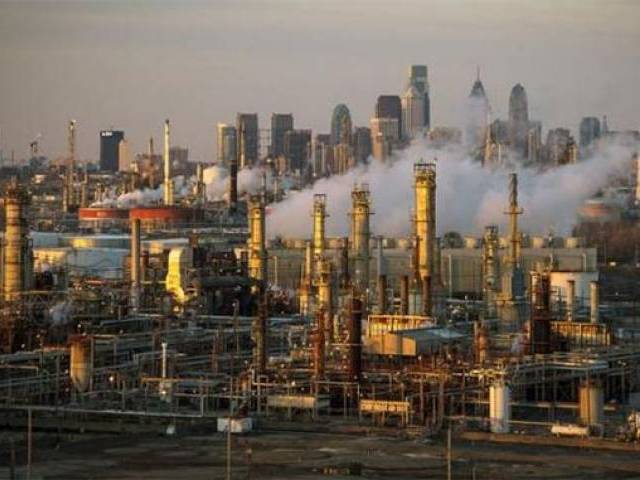 ISLAMABAD: Economic managers of Pakistan have given the go-ahead to Kuwait Petroleum Corporation for setting up an oil refinery in the coastal area of Balochistan – a welcome investment initiative for the largely under-developed province, which will reduce the need for import of refined petroleum products in the country.

The Economic Coordination Committee (ECC), the highest economic decision-making body, took the decision in a meeting held on September 7 in response to Kuwait Petroleum’s interest in pouring capital into setting up a refinery in Balochistan, said an official aware of developments.

The ECC also decided to seek an extension in the timeframe for oil import credit facility from three to four months in an effort to ease pressure on the country’s foreign currency reserves. It directed Pakistan State Oil (PSO), the state oil marketing giant, to try and persuade Kuwait Petroleum to extend the existing credit facility from 90 to 120 days or even more.

In another decision, the ECC permitted import of furnace oil and jet fuel from Kuwait without resorting to competitive bidding. At present, PSO imports diesel from the Gulf Arab state on 90-day deferred payment.

A representative of the Ministry of Petroleum and Natural Resources, who was present in the ECC huddle, said before the year 2000, Pakistan purchased diesel from Kuwait under a long-term contract with the Gulf state’s government.

However, in the wake of market deregulation, Pakistan government in 2001-02 asked PSO to enter into a fuel supply contract with Kuwait Petroleum. Immediately after that, the two sides inked an agreement for the sale and purchase of high-speed diesel only with payment guarantees from the government of Pakistan. Now, this agreement has been in place for the last around 15 years.

Earlier, Kuwait Petroleum had expressed interest in exporting furnace oil and jet fuel as part of the existing arrangement and was looking to install an oil refinery in the coastal area of Balochistan with storage facilities.

‘Pakistan has received Rs1.6tr as investment in oil and gas sector’

“Pakistan and Kuwait have an old bilateral relationship in terms of oil trade and Kuwait Petroleum is a time-tested supplier, well-reputed for the most economical supplies, product quality and supply security,” an official told the ECC meeting.

The Ministry of Petroleum and PSO suggested that furnace oil and jet fuel could be included in the existing sale and purchase contract by making an addition to it.

This could be done by invoking rule-5 of the Public Procurement Regulatory Authority (PPRA) Rules 2004, which provides for waiving mandatory public procurement procedures in case of an international or inter-governmental commitment of the federal government.

The ministry took up the matter with the PPRA and Law and Justice Division for legal advice.

Later, the PPRA endorsed the proposal. The Law Division, on its part, pointed out that the contract was linked with the agreement between Pakistan government and Kuwait Petroleum and new products could be added. Therefore, it would be treated and read as an integral part of the existing contract.

After examining the proposal from legal point of view, the Law Division cleared it subject to meeting all formalities.